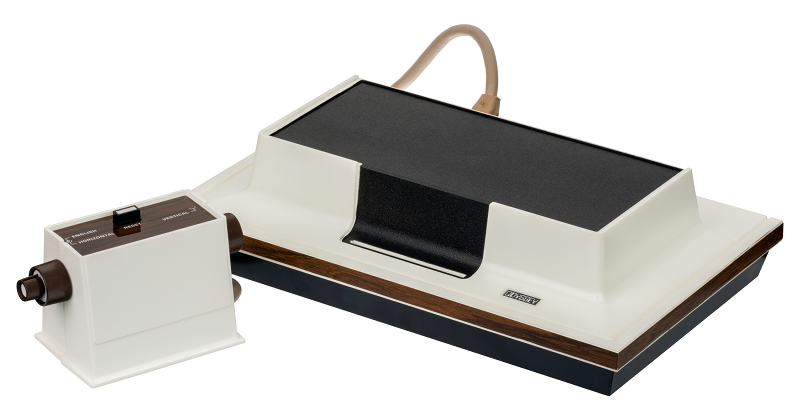 There's not much nostalgia for Magnavox's Odyssey, the game console that launched the industry. But Al Williams writes that it lost out thanks to a sales strategy that guaranteed it a market but sharply limited its appeal.

Numbers are somewhat in dispute, but Magnavox sold about 100,000 units the first year. By 1975 they’d sold 350,000. The price was probably keeping a lid on sales, but it wasn’t just the price. Magnavox elected to only sell the games via authorized dealers who sold their TVs. Even though the game would work with just about any TV, the dealers often strongly implied that it would only work with a Magnavox TV — the better to sell a new TV. Magnavox almost discontinued the device when initial sales were somewhat disappointing. But there was some demand and they produced a few more which eventually sold.

Sounds like they made more money suing Atari and various knockoffs than they did selling their own machine.