Watch: man in Jesus costume gets his cross stuck in the ceiling 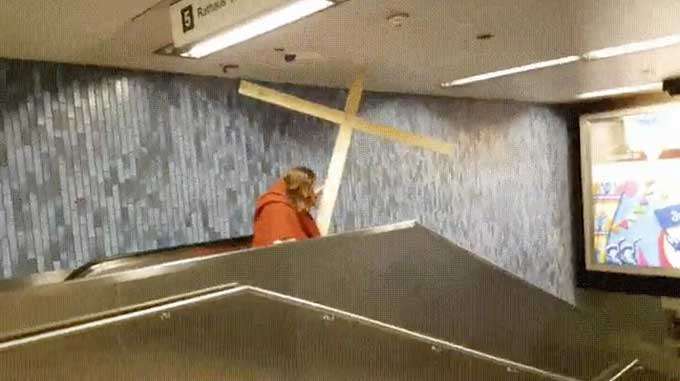 A ceiling, no doubt in league with the Devil, tried to steal a cross being borne by a fellow dressed as Jesus as he ascended an escalator. Spoiler alert - goodness prevailed.