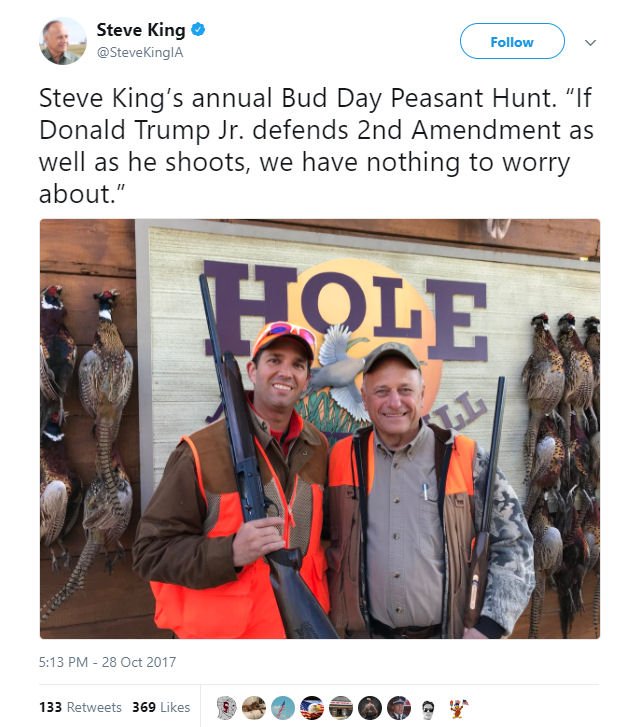 "Steve King's annual Bud Day Peasant Hunt. "If Donald Trump Jr. defends 2nd Amendment as well as he shoots, we have nothing to worry about."