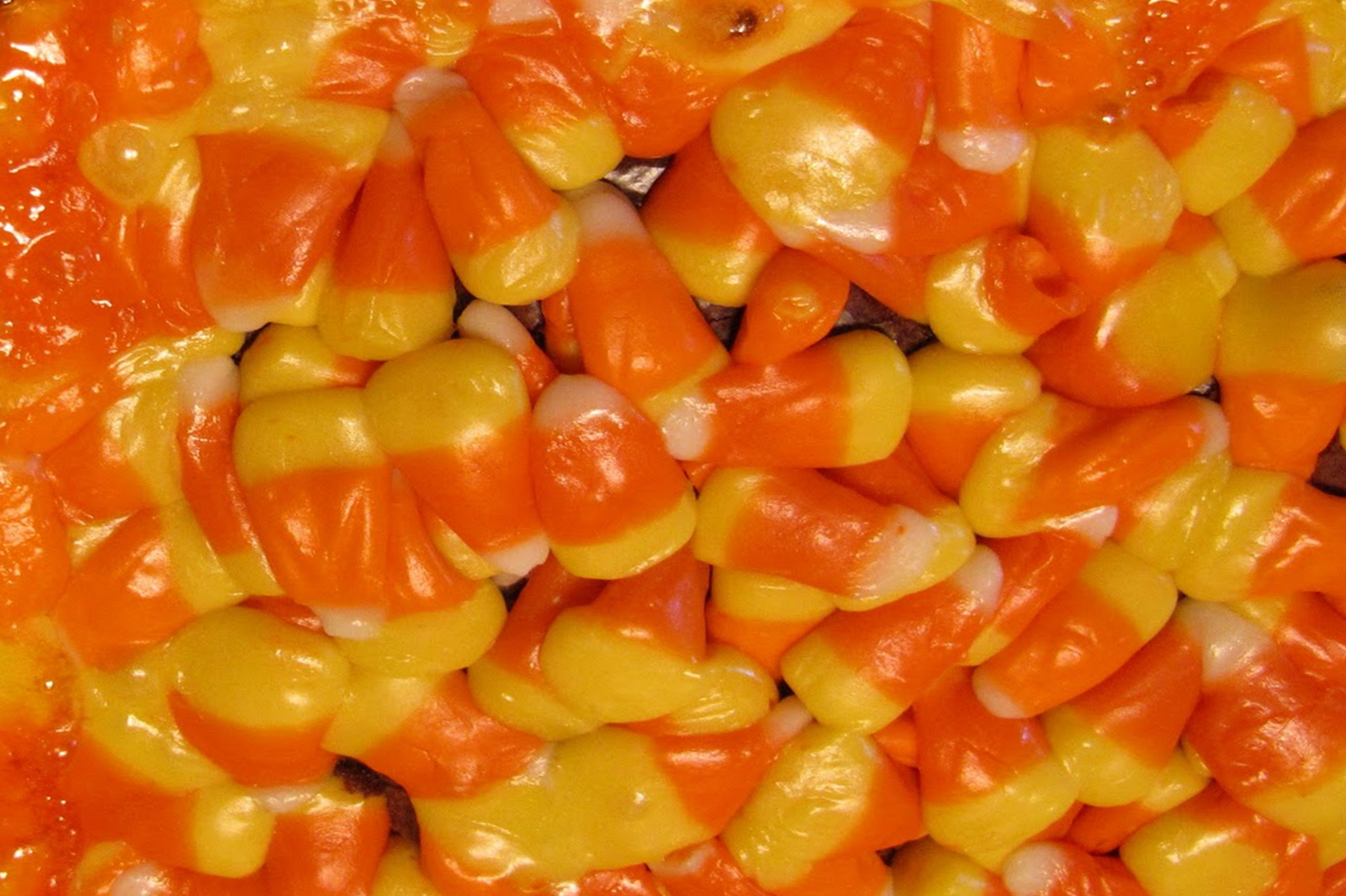 Click to view the below full-size; or download as a a high-quality digital poster (4MB) for detailed scrutiny; or proceed for the plain text, abstract and analysis...

Note that data for this 2017 survey, like all good science, is transparent, open, and available for further analysis. This includes access data from previous candy hierarchies (for, you know, longitudinal studies). Here’s the link, and we invite you to tag public remarks with #statscandy so we can find your awesome analyses.

This thing won’t end, right? By now it’s an homage to the idea of a candy hierarchy as much as a candy hierarchy itself. Call it the Edgar Wright Film of Candy Hierarchies. Co-principle investigators (PIs) Cohen and Ng report on findings for the fourth year at BoingBoing and twelfth year overall. It’s the BB years that matter most, because from 2014-2017 they’ve collected data from close to 10,000 people. The last few years the hierarchy got a scootch sidetracked by an auxiliary anthropological study for the internet’s top-rated* podcast —do you prefer Friday or Sunday and what does that say about you as a person?—but it’s fine, no big. This year we can report that Peanut Butter Cups slid past Kit-Kats into the #2 spot, everyone’s still wrong about mint candies (why aren’t they at the top like they’re suppose to be?), and that the internet has blossomed with lots of companion rankings, mappings, commentaries, and tournaments. Thousand flowers blooming and all. Plus get this: Candy Corn’s approval rating has dropped once again to 19.4% (down from 35.5% in 2014). Make of it what you will – we hear there’s other things where approval ratings may be dropping but whatever. Add all of this to prior studies (Cohen and Ng, 2015; Ng and Cohen, 2016; Tonev and Cohen, 2015; Cohen and Tonev, 2016) and you’ve got yourself some reading all of it before Halloween.

TRANSCRIPTION OF THIS MORNING’S CONFERENCE PROCEEDING DISCUSSION, WITH COHEN AND NG.

BC: Someone was going on about horehounds and salmiak, Dave.

BC: I guess they’re obscure and terrible candies, we didn’t have them in the survey. Like Andes Candies, we forgot to put them in. Again.

DN: Yeah, no, I know, I know, but we’re recording, couldn’t you have brought that up before?

BC: I know, but people were talking about this stuff in the comments.

BC: I thought you wanted me to.

DN: How do you not know not to read comment threads.

BC: I know in general, I mean, I know that. But candy, Dave. By the way, I won’t let you ignore my passing reference to Andies Candies which are, Dave, a chocolate + mint combo.

BC: And chocolate + mint remains at the apex of modern candy success.

DN: Except that it doesn’t Ben. It just doesn’t. This isn’t fake news, Ben. I mean, we don’t even know how to use Facebook. This is real science! Just look at the rankings – mint isn’t even in the top ten.

DN: Every year. Beschizza and I have a month’s long text chain about just this thing.

BC: So let’s talk candy data then.

BC: Yeah, and science.

BC: You keep saying that, by the way. You use that term way too easily.

BC: Longitudinal. Explain yourself.

DN: Year over year. That’s all. We have year-over-year data. We can say something about patterns over time.

BC: Did our current moment, you know, with the debasement of western Democracy and all that, did that change anything since last year, is that what you mean?

BC: Meaning what? You haven’t heard what’s going on down here in the USA?

DN: Meaning I’ve long watched bemused at whatever’s going on down there.

BC: Well, so give me the rundown. Has “whatever’s going on down here” trickled into the hierarchy?

DN: I don’t think so, actually.

BC: You’re shitting me, then why all this “longitudinal” junk?

BC: What’s that mean for hierarchies?

DN: It means that maybe our love/hate relationship for certain candies is just, you know, stable and universal. It means you’re going to have to give up your chocolate-mint thing.

BC: It means my commitment to the chocolate-mint combo is now stronger than ever because now it’s a memory.

DN: Are you happy with Peanut Butter Cups move to the second slot, after full-sized bars?

DN: Are you happy that Candy Corn’s approval has once again dropped, to below 20%?

BC: Is it mint-based?

BC: Then there’s your answer. No, I am not happy about that. I’m not even listening by now. I just got caught in a daydream about losing funding.

BC: Well yeah, in the larger sense, you know. But also for our own contrived “scientific” candy pretensions.

BC: And we love you for it, Dave, really, we do. But I’m worried we’ll lose funding, or we’ll be banned from saying “science” or dredging up that whole David S. Pumpkins thing.

“The structural inequalities inherent in candy stratification would make Marx's cold, dead body shake with sweet undead diabetic joy. The fall of capitalism is ever closer and soon he will rise again. Oh yes. He will rise.”

1. As always (and now practically validated), in which NF= |JC– DC| denotes the difference between the empirical measurement of joy versus despair.Hence the term: Net Feelies.

4. Three years in a row, we remembered to include Butterfinger (2015)

5. As always, these may be rolled to a friend.

6. Not to be confused with the planet.

8. Like Peeps (lower on the tier), CCE’s are this weird seasonal dissonance as an Easter not Halloween candy.Appropriate ranking may depend entirely on date of purchase versus date of opening.Experts in this field often refer to this dichotomy as "fresh CCE" versus "stale CCE," or FCCE versus SCCE (Beschizza, 2011).Note that its interior has also been described as "pustulent."(Petersen, 2010)

9. So, this is kind of interesting… Big differences between “good” (ranked 38th) and “bad” (ranked 86th) flavors for Jolly Ranchers (as in Inauguration crowd size differences). The discordance is well above the licorice thing. Worth following up on – maybe it’s a proxy for something important?

10. We now accept that these and chalk are one and the same (Gadgetgirl, 2010). Also known as Rockets in Canada and the UK.Though rockets are known as bookmarks in the US. And bookmarks are known as Drop Love licorice in The Netherlands, a popular sugar-free laxative.

11. In 2014, Joy and Despair mostly cancelled each other out.Hence the great “Licorice Root Beer Debate of 2014.”This year and the last two, however, we split it between black and non-black licorice.You all can fight this out, but for the third year running, there is a general distain for black licorice. Note the NSFE, or Not Suitable for Europeans label (jhbadger, popobawa4u, chgoliz, SpunkyTWS, Donald_Petersen, Ambiguity, bobsyeruncle666, SuprWittySmitty, SteampunkBanana, SARSaparilla, SmashMartian, daneel 2014)

12. This year, Vicodin drops several spots in the rankings. Maybe when we are so very numb to it all, a painkiller is moot?

13. This is from EU pressure, known in diplomatic circles as the “Hornby Concession" (see his many footnotes from the 2012 version).Also cf.Mister44, 2016 [https://bbs.boingboing.net/t/tell-us-about-your-halloween-candy-preferences-and-other-things-besides/88024/5]. Also preliminary observations suggest that Hippo haters find joy in black licorice (Maegan, 2017).

14. Actually made the top 10 for survey takers 14 years or younger. If we had more funding, we would like to test the hypothesis that lollipop joy is marker for puberty.

15. FFS, again with this candy corn thing. Remember that one weird poll from Influenster that claimed candy corn was the top choice in all U.S. states.As dutiful readers know, Candy Corn remained unclassified in 2006, was tentatively placed in the Upper Chewy/Upper Devonian in 2007, fell away in 2008, regained its footing in 2009, found a spot somewhere in the middle in 2010, and has wavered just below the Petersen Influx ever since in the Marcellus Wallace Cusp. Thing is: it’s consistent folks – always a controversial one. Much love, much hate, BUT never ever ever at the top. We submit that the Influenster poll was clearly a Russian hack.

18. Placed solely to acknowledge, make fun of, and possibly undermine British opinions.Google it, but be careful (2012).

19. These things keep coming up. Stop it.

21. This actually ranked last place for the 14 and under set. This also did much worse than last year’s video selection (Person of Interest Season 3).