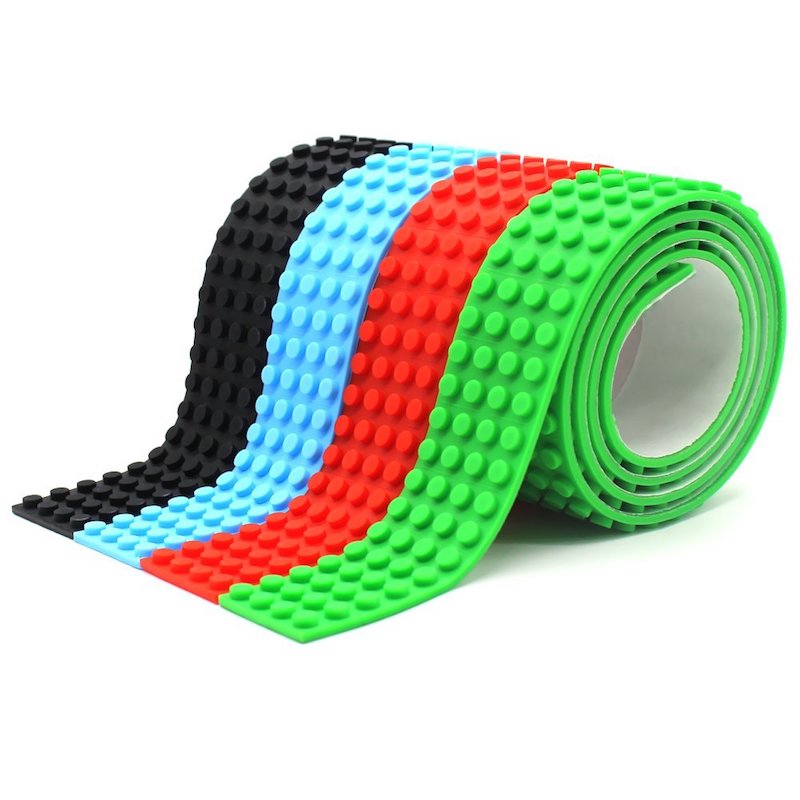 This reuseable silicone bricktape makes sure my kids LEGOs stay on the shelf. Our cat is now frustrated

My kid is building an entire fleet of Star Wars spacecraft and starfighters. I love every piece and we proudly display them with several dedicated shelves in our living room. Our Maine Coon Cat, Heart, however likes to knock them off the shelf. This is a giant pain in the ass. This bricktape solves that.

This tape is made of silicone. You know the lovely self-adhesive sticky stuff that cleans up with some warm soapy water? That! Simply cut a strip to the size you want, stick it to your surface and then snap the LEGO on top.

If you are displaying LEGO in your home, this secures the object in place, looks better and is far, far easier to remove than the putty I was using.

affix yo lego / lego / my cat can be a real jerk