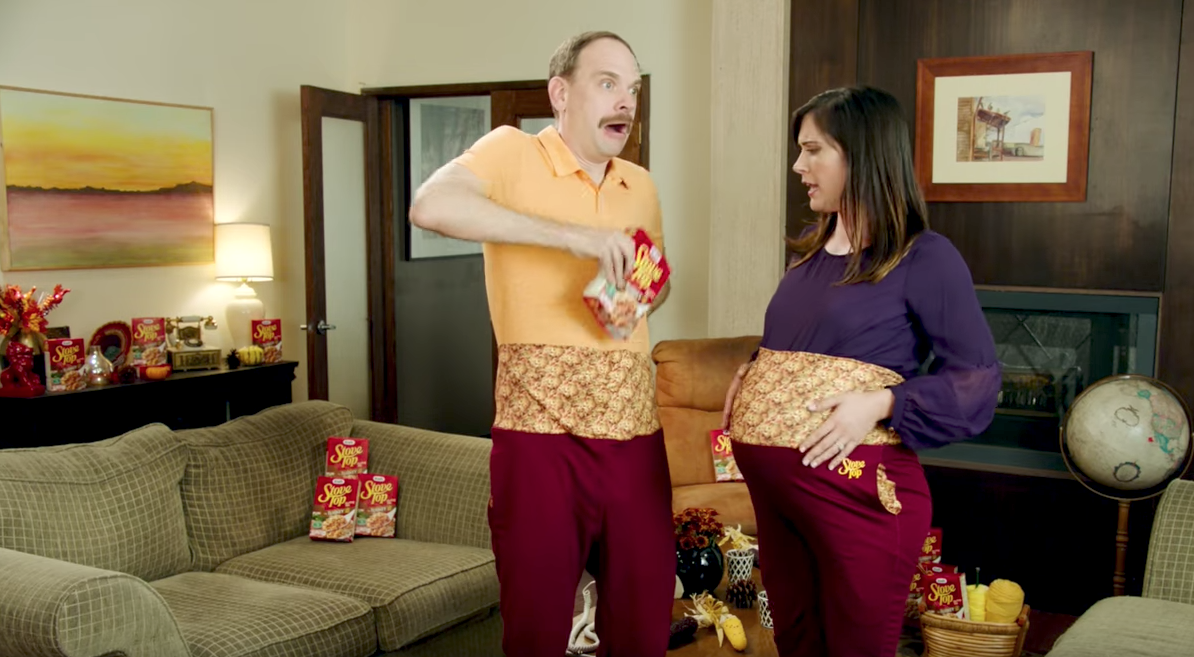 Everyone got the memo. This is the year when big food behemoths like Taco Bell and Hidden Valley came out with their own gimmicky line of personally-branded clothing (and gifts).

Well, now there's a new contender and it's stranger than the rest. Stove Top, Kraft's stuffing brand, has come out with Thanksgiving Dinner Pants.

Watch this and weep:

Alas, you won't be able to stuff yourself into these fugly $19.98 stretchy-waisted fat pants because they have already sold out. Wah wah.

Side note: I'm reminded of Betabrand's Gluttony Pants from a few years back.

Dealing with family drama at the Thanksgiving dinner table isn't fun. So I was amused to see that a friend of mine, mixologist Jared Hirsch, was asking folks to help him name his new mixed drink — one he crafted for "when you can't take another word out of your politically-opposed relative this Thanksgiving." I've […]