The Credible Hulk: Ajit Pai thinks you only care about Net Neutrality because Mark Ruffalo told you to 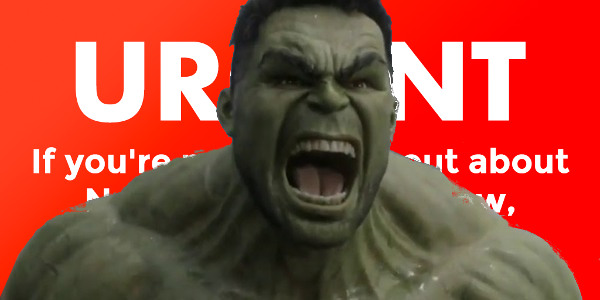 "Taking away #NetNeutrality is the Authoritarian dream. Consolidating information into the hands of a few controlled by a few. Dangerous territory". @MarkRuffalo; Ajit Pai: "These comments are absurd. Getting rid of government authority over the Internet is the exact opposite of authoritarianism. Government control is the defining feature of authoritarians, including the one in North Korea."