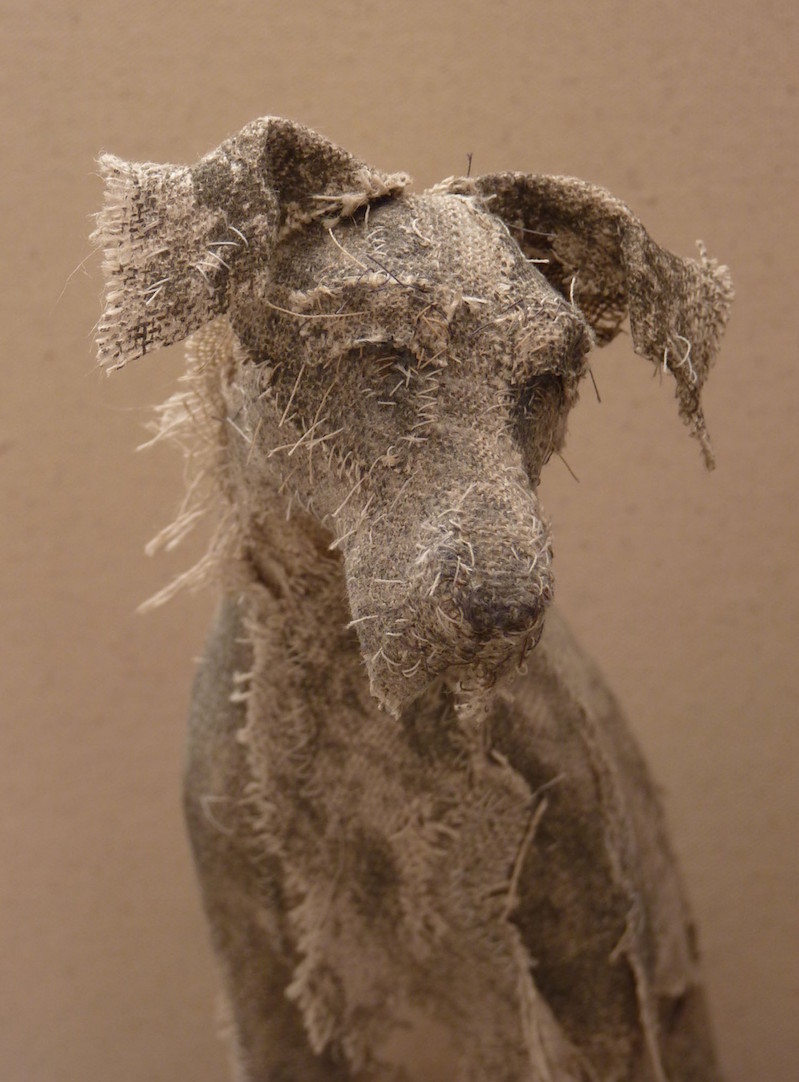 Looking for a lovely way to honor a special pooch in your life? British sculptor Helen Thompson, aka Holy Smoke, creates textile sculptures of dogs that really capture the essence of dogness.

Layering scraps of materials and using a limited palette to create fragile, often threadbare textures with hanging threads and raw edges. The neutral quality of the linen works as a blank page on which to apply surface treatments using natural dyes, printing and stitching. Imperfections illustrate the human hand through an emotive process in an attempt to represent the unique spirit, fragility and character of the animals in their diverse forms and circumstances.