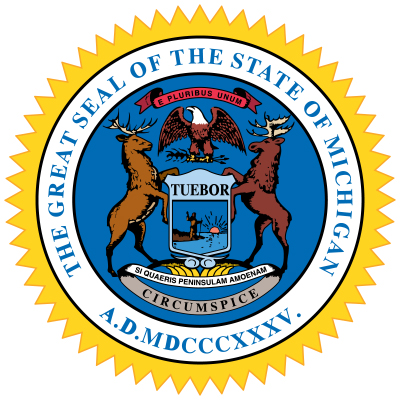 In Michigan's Wayne County, Prosecutor Kym Worthy has spent years processing 11,341 rape kits. The kits, found in 2009, were forgotten in a police storage warehouse, where they were routinely dumped without investigation.

Over 800 serial rapists, criminals who have struck 10-15 times without being stopped, were identified. 127 convictions have been made this far.

Q: All the things you were talking about, the better tracking system, the new guidelines for when rape kits get tested ... in the National Institute of Justice report on the backlog (by Michigan State University Professor Rebecca Campbell), the big takeaway there was that too often, officers didn't believe victims, and had used disbelief as a way to triage their workload.

A: They just closed cases, even cases where I think they believed the victim ... They closed cases because the women had worked as prostitutes or had mental illness issues or had substance abuse. Didn't believe them, didn't care, and this was one issue that led to the backlog of these kits.

Q: That's something we look for in certain victims — when the victim is a teenage boy of color, or a woman who has been raped, we want them to be perfect. They can't have had a drink or have worked as a prostitute, and if they have, there's a mindset that makes them almost ineligible to be a victim.

A: One of the reasons we have these untested rape kits ... and I can use Detroit as an example, 86% of our victims in these untested kits are people of color. You're not going to find too many blond-haired, blue eyed white women ... Because their kits are treated differently, their cases are solved. That's just the way it is in this country. If you're a person of color, if you're a different economic class, then your case across the board, across the board, not just sexual assault — they're treated differently. And that's just the truth. People may not want to admit it, but I've seen it throughout my career and I know it's true ... It's just true. ... Race is at the center of this in many ways as well, unfortunately, we know that across the criminal justice system. ...

The training aspect is a huge aspect that can turn around this issue. If we cannot treat our sexual assault victims right, especially if justice has been denied to them for so many years, we certainly want to be able to treat our current survivors properly. As you well know, culture change is the hardest kind of change to make.

Q: Eight years into this now with the rape kits, looking back over this time, what stands out to you the most?

A: The number of serial rapists. The fact that when you get these kits tested, it can help exonerate someone, potentially. Some of these cases had already been tried. What I talk about all the time, is just in our kits, in one state, in one city, they have tentacles to crime scenes in 39 other states. And finally, the fact that once these hits get into CODIS (the FBI's Combined DNA Index System database), law enforcement can solve more than just sexual assault. They can solve homicide, can solve breaking and entering, because the crimes in other states we're talking about are not just sexual assault.

We had many jurisdictions across the states — and you can go to endthebacklog.org — that have found these kits and are not doing anything. They're saying it didn't happen on our watch ... I don't know how anybody can look at this problem square in the face and say that.

No one would be saying this, and you wouldn't even have to ask that question, if we were talking about homicides. You may not have the resources, may not be able to tackle all of these cold cases, but given the resources ... no one turns their back on a cold case homicide. So we wouldn't even have this discussion ... but because it's sexual assault, for whatever reason, it's very easy for some folks to sweep this under the rug.

One county. Imagine what the rest of the country looks like.