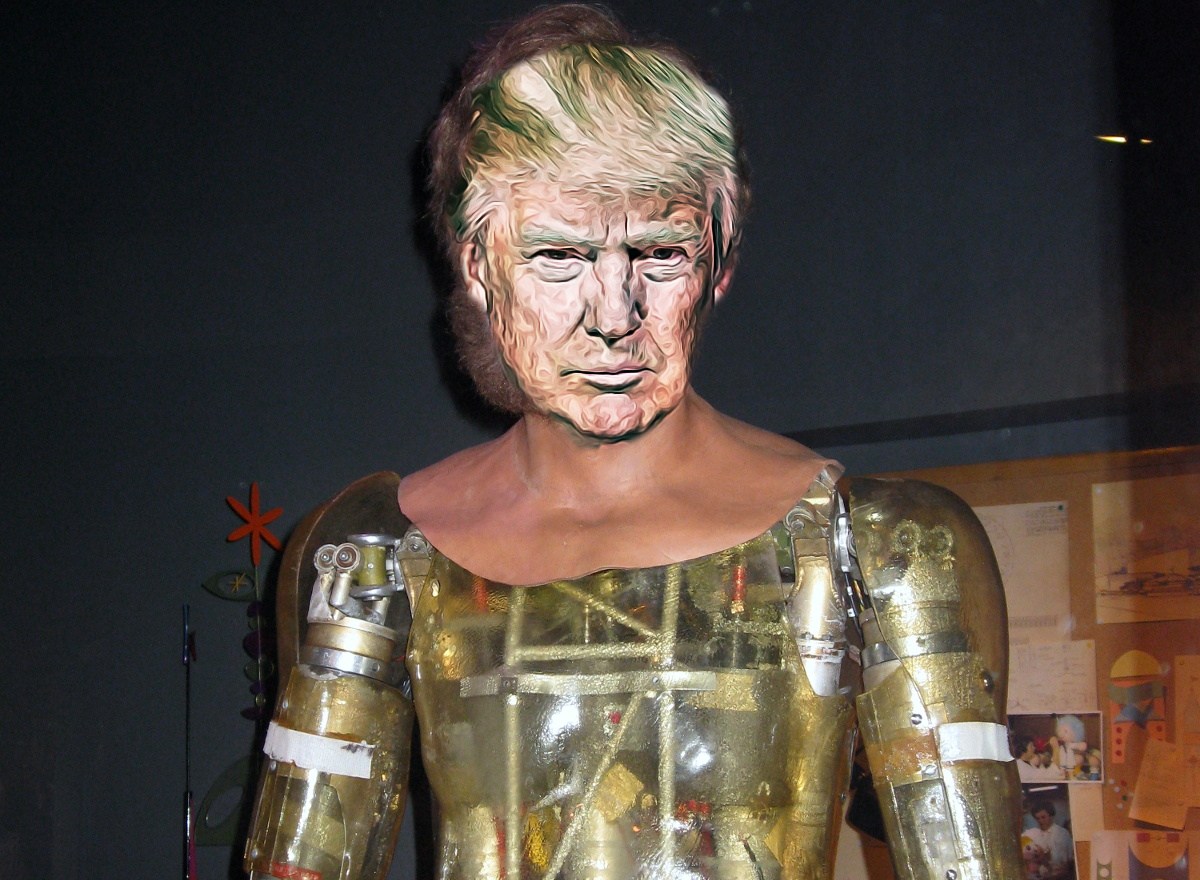 After a series of scandals and rumors, the Hall of Presidents at Walt Disney World has reopened with its Donald Trump robot, which "features the latest advances in technology that enable smoother and more lifelike movements" and "personally recorded remarks exclusively for The Hall of Presidents."

Perhaps the droid is sophisticated enough to fill in for Trump, should the Congressional GOP and/or his Cabinet decide to dope him to the eyeballs with Valium-flavored Diet Coke and stash him in a windowless room in the basement of the White House.