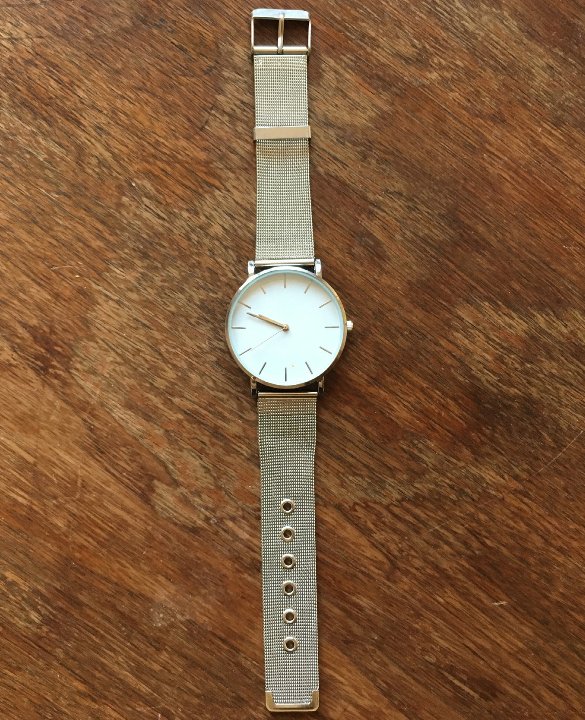 Artist Jenny Odell created the Bureau of Suspended Objects to photographically archive and researched the manufacturing origins of 200 objects found at a San Francisco city dump; last August, she prepared a special report for Oakland's Museum of Capitalism about the bizarre world of shitty "free" watches sold through Instagram influences and heavily promoted through bottom-feeding remnant ad-buys, uncovering a twilight zone of copypasted imagery and promotional materials livened with fake stories about mysterious founders and branded tales.

The watches are likely to cost $1-2 wholesale from factories in China -- it's hard to tell who makes them, because even in the Chinese wholesale environs of Alibaba, there are multiple sellers at multiple pricepoints, suggesting that Chinese wholesalers are buying from each other and marking them up.

After reading this, I strongly recommend that you read Alexis C Madrigal's Atlantic story on the inside story of the Alibaba-to-Instagram pipeline works for ultra-low-quality, extremely well-marketed goods; Madrigal bought what he thought would be a fashionable overcoat through one of these sellers and wound up with a garment with "the softness of a Las Vegas carpet and the rich sheen of a velour jumpsuit... so synthetic, it could probably be refined into bunker fuel for a ship... technically, the item I ordered, only shabbier than I expected in every aspect."

Madrigal runs the scammers who operate these shops to ground and finds a weirdly obsessive and self-deluding Irish kid who's convinced he will get rich (and wants to convince you that you'll get rich too) through a raft of untouched-by-human hands automated store creation and scammy marketing techniqeus.

Taken as a pair, these two pieces beautifully illustrate a superheated fraud-bubble that is fueling the success metrics of Instagram, influencer markets, Alibaba, programmatic ad marketplaces, Shopify and more of the modern technological economy.

16. One candidate for the manufacturer of our watch might be Shenzhen Gotop Technology Co., Ltd., a company that identifies itself only as a manufacturer on Alibaba (as opposed to wholesaler, supplier, trader, etc.) and which is based in the Baoan district of Shenzhen, Guangdong, China. But it offers our watch at $5 apiece, whereas the same watch is available elsewhere for even cheaper – suggesting that this may not be the beginning of the chain after all. On Facebook, in contrast to Alibaba, Gotop describes itself as a “watch manufacturer/supplier/ exporter/wholesaler.” The fact that most companies of this type can be both manufacturers and wholesalers – sometimes deliberately obscuring the distinction – muddies the picture significantly.