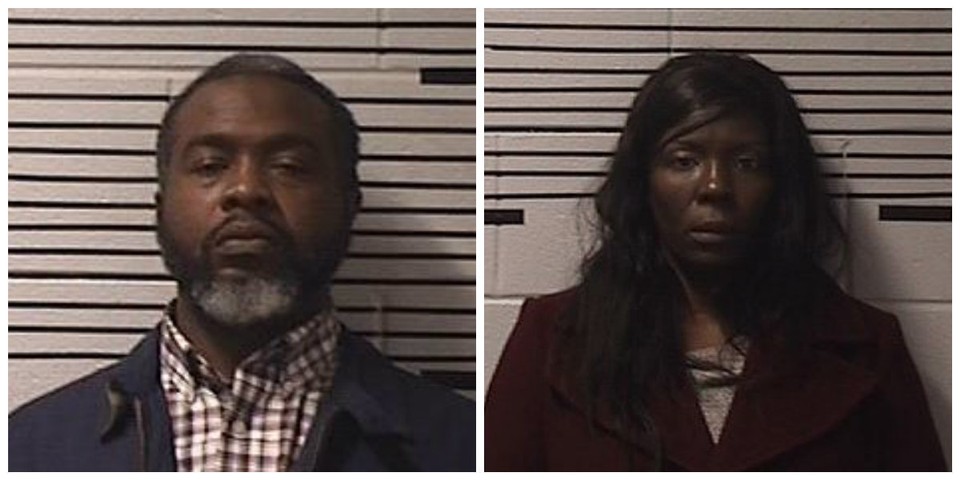 The Alabama man wanted for a viral child rape video that was shared widely on Facebook has been arrested. His fiancée was also arrested; cops say she helped him evade arrest.

Authorities in Elmore County, AL say the man sought for his suspected role in the investigation turned himself into authorities at 2:30 am on Tuesday. Germaine Moore, 44, is currently being held at Elmore County Jail.


"We're definitely glad he's in custody,'' Walker told AL.com Tuesday. "I"ve been doing this for 12 years, and he's the top."

Moore faces 11 felony charges, and more are expected to be filed. Snip:

The little girl in the video, whose age is not being released, was located and is safe.

Moore is charged in Alabama with sexual assault of a child, distribution of video depicting the assault and first-degree criminal sexual conduct. More charges against Moore are expected, said Tony Garrett, executive director of Crime Stoppers.

If you or someone you know shared this video, or snuff clips like it, authorities have one word for you.

What the fuck is wrong with you.

Said Madison County Chief Trial Attorney Tim Gann today, to all who viewed and shared the clip on social media,

Moore's fiancee, Tonya Hardy, was arrested Monday night when she failed to cooperate with investigators after a search of Moore's home. From AL.com:

She will be charged with hindering prosecution. Though she goes by the last name of Moore, her social media indicates they planned to be married later this year.

From reporting at ABC News:

WSFA-TV reports that 44-year-old Germaine Moore turned himself in to Millbrook Police around 2:30 a.m. Tuesday. He is charged with sexual assault of a child, distribution of video depicting the assault and first-degree criminal sexual conduct.

News outlets report that the victim has been located and is safe.

Moore also is wanted in Detroit, where prosecutors allege that he sexually assaulted three girls.

The video circulating on Facebook and other social media as far as Colorado and France shows a young girl performing oral sex on an adult.

Montgomery Police charged 42-year-old Jerrell Washington with distributing it, and warn that anyone who shares the video, even in outrage, can be charged as well.


[PHOTO: Germaine Moore, 44, and his fiancee Tonya Hardy Moore. “Alabama state authorities say Moore is the suspect sought in a viral video where a young girl was forced to perform oral sex on him. His fiancee is charged with hindering prosecution after investigators say she refused to tell them Moore's location and was uncooperative.” (Elmore County Jail via Al.com]