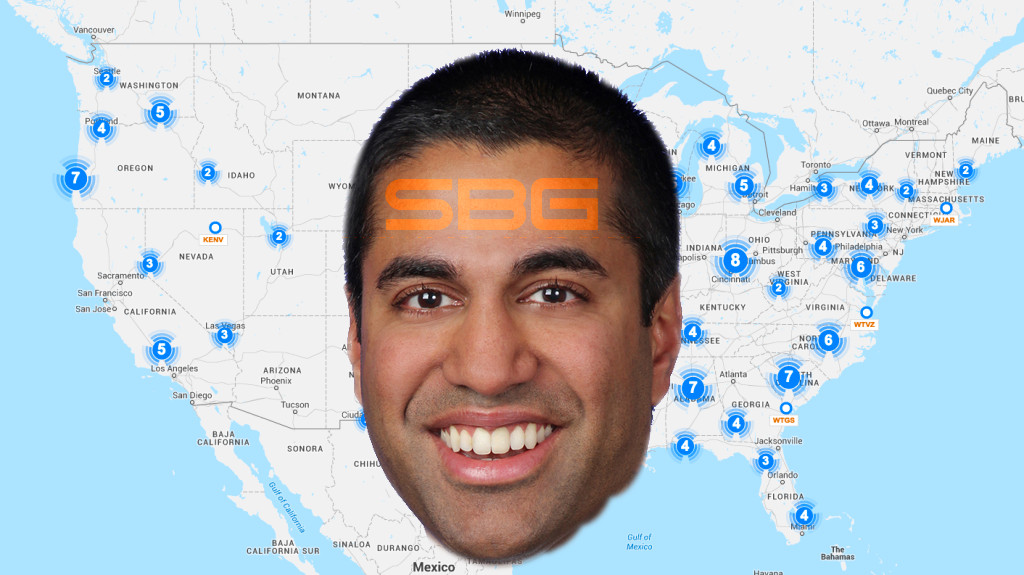 Trump FCC Chairman Ajit Pai's tenure has been marked by a disregard for the rules under which his agency is legally bound to operate: his Net Neutrality killing order was made without satisfying the evidentiary burden required by law, on the basis of laughable lies (including more than a million fake anti-Neutrality comments from bots pretending to be dead people, nonexsitent people and people who support Net Neutrality) that even his own agency knew to be false, then stonewalling law enforcement attempts to identify the botmasters -- no surprise that Pai's Neutracide is going to be tied up in court for years.

But Pai's willingness to carry water for giant corporations isn't limited to wanton acts of Neutracide: he also jettisoned all of his legal duties in order to advocate in favor of a proposed merger between the notoriously truth-parsimonious far-right Sinclair Media Group and Tribune Media, committing many of the same kinds of administrative sins that took place in the Net Neutrality fight.

That, apparently, was a step too far for the FCC's Inspector General, the watchdog that is charged with rooting out corruption in the FCC's ranks. A year ago, the IG opened a corruption investigation into Pai himself, on the basis of irregularities in his handling of the Sinclair affair.

Pai hasn't helped his case by repeatedly, publicly making jokes about how he is a corporate shill.

"Until the inspector general’s investigation is complete, Chairman Pai and any other FCC staff subject to this inquiry should recuse themselves from all dealings related to Sinclair’s proposed takeover of Tribune Media," Free Press Senior Counsel Jessica J. González said in a statement.

"If the investigation finds that Pai or any other FCC staff did indeed let their own bias and favoritism shape decisions related to the deal, they must not be permitted to vote on this matter and they should be subject to other appropriate ethics-review processes,” González added.