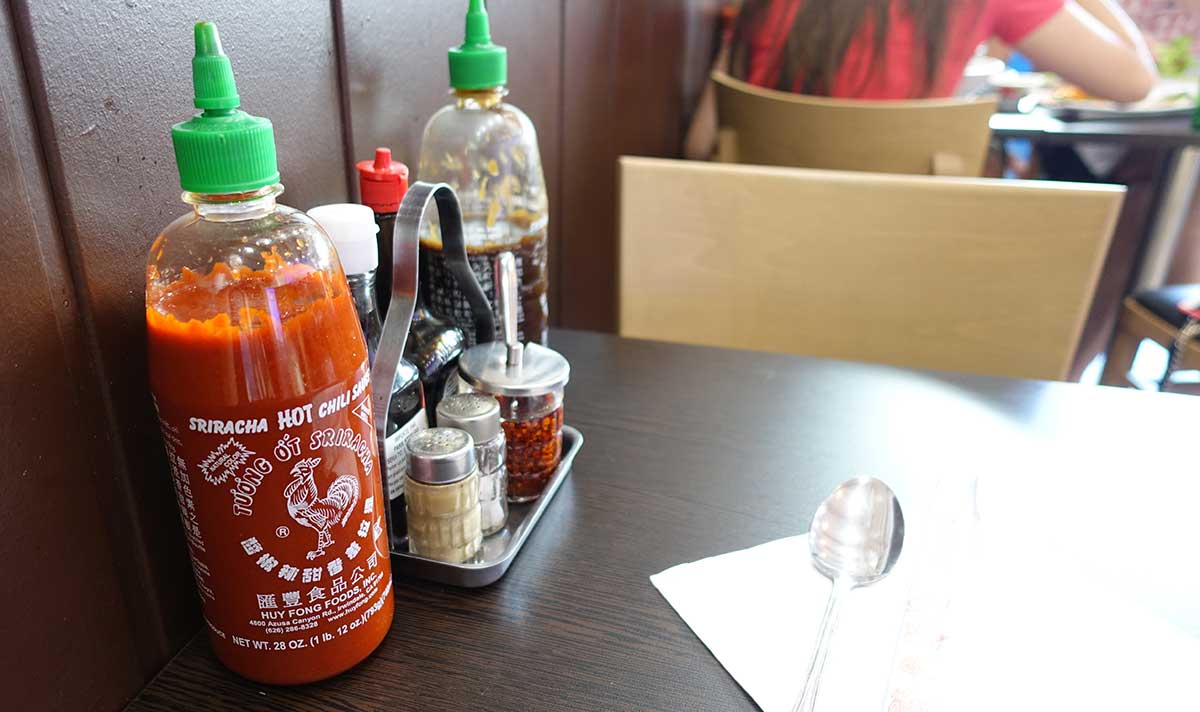 Fonts in Use took a stab at identifying all of the fonts used in the Srirachi bottle label, which breaks all design rules but still looks awesome.