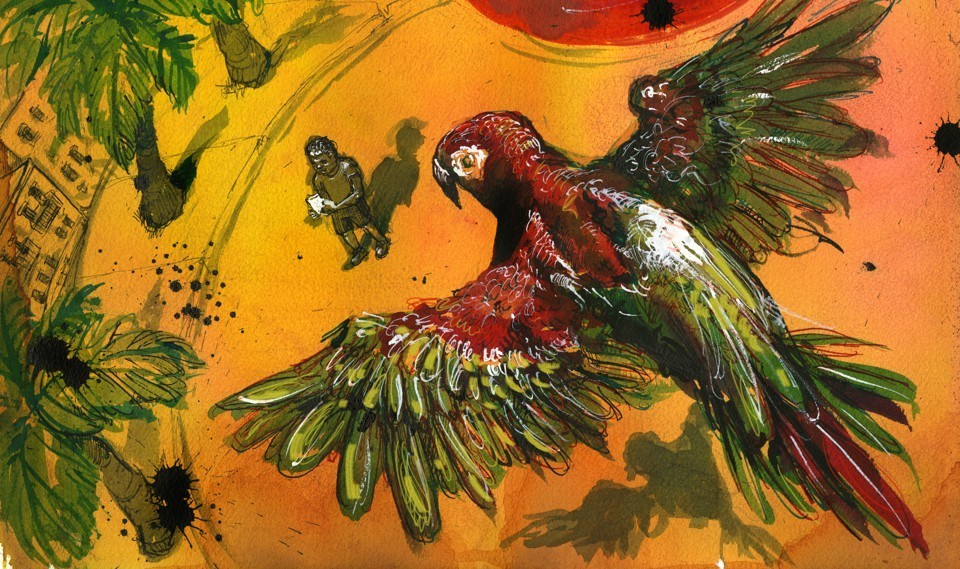 I was lucky enough to be invited to submit a piece to Ian Bogost's Atlantic series on the future of cities (previously: James Bridle, Bruce Sterling, Molly Sauter, Adam Greenfield); I told Ian I wanted to build on my 2017 Locus column about using networks to allow us to coordinate our work and play in a way that maximized our freedom, so that we could work outdoors on nice days, or commute when the traffic was light, or just throw an impromptu block party when the neighborhood needed a break.

The story is out today, with a gorgeous illustration by Molly Crabapple; the Atlantic called it "The City of Coordinated Leisure," but in my heart it will always be "Coase's Day Off: a microeconomics of coordinated leisure."

There had been some block parties on Lima Street when Arturo had been too small to remember them, but then there had been a long stretch of unreasonably seasonable weather and no one had tried it, not until the year before, on April 18, a Thursday after a succession of days that vied to top each other for inhumane conditions, the weather app on the hallway wall showing 112 degrees before breakfast.

Mr. Papazian was the block captain for that party, and the first they’d known of it was when Arturo’s dad called out to his mom that Papazian had messaged them about a block party, and there was something funny in Dad’s tone, a weird mix of it’s so crazy and let’s do it.

That had been a day to remember, and Arturo had remembered, and watched the temperature.