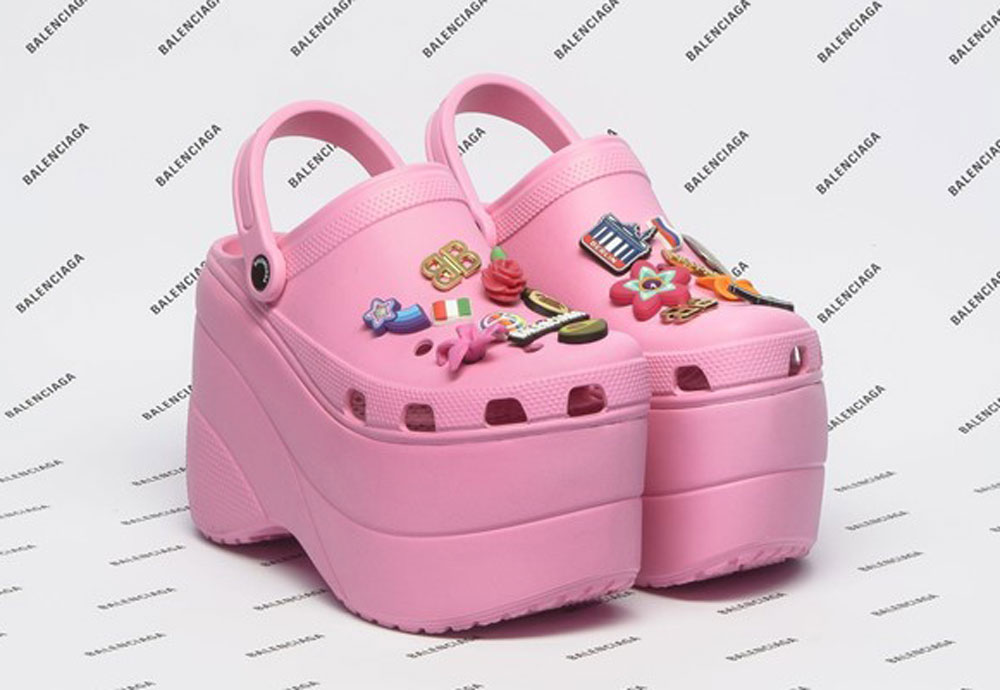 Of course, the main difference between the two pairs of shoes, besides the platform soles and the Balenciaga-specific flair, is the price.

A pair of ordinary Crocs costs under $50. A pair ofBalenciaga "foam platform sandals" will set you back $850 (a charmless pair is "only" $495). [Its high price didn't stop the shoes from selling out on its release in February, according to Dazed.]

W writes that Gvasalia has "a habit of trolling the fashion industry with upscaled versions of mundane items."

For example, there's the $1,100 calf-skin leather version of the brand's own paper shopping bags, $2,145 leather totes inspired by IKEA's iconic $0.99 Frakta bag, and a high-fashion take on "ugly sneakers" that have been seen on the super-hip crowd, from Hailey Baldwin to Elsa Hosk to Bella Hadid. It's started something of a trend outside of Gvasalia's domains of Balenciaga and Vetements as well, including Tiffany & Co.'s "Everyday Objects" collections (complete with a $1,000 sterling silver "tin" can), Dolce & Gabbana's $110 pasta, and Supreme's paperweight made of $100 bills.

Oh, we remember the "tin" can.

Previously: Mocking the $2,145 "couture Ikea bag" with awesome Ikea bag hacks and This is a $9K ball of yarn