Alex Jones falsely accused a guy of being the Parkland school shooter, so now he's being sued for more than $1,000,000 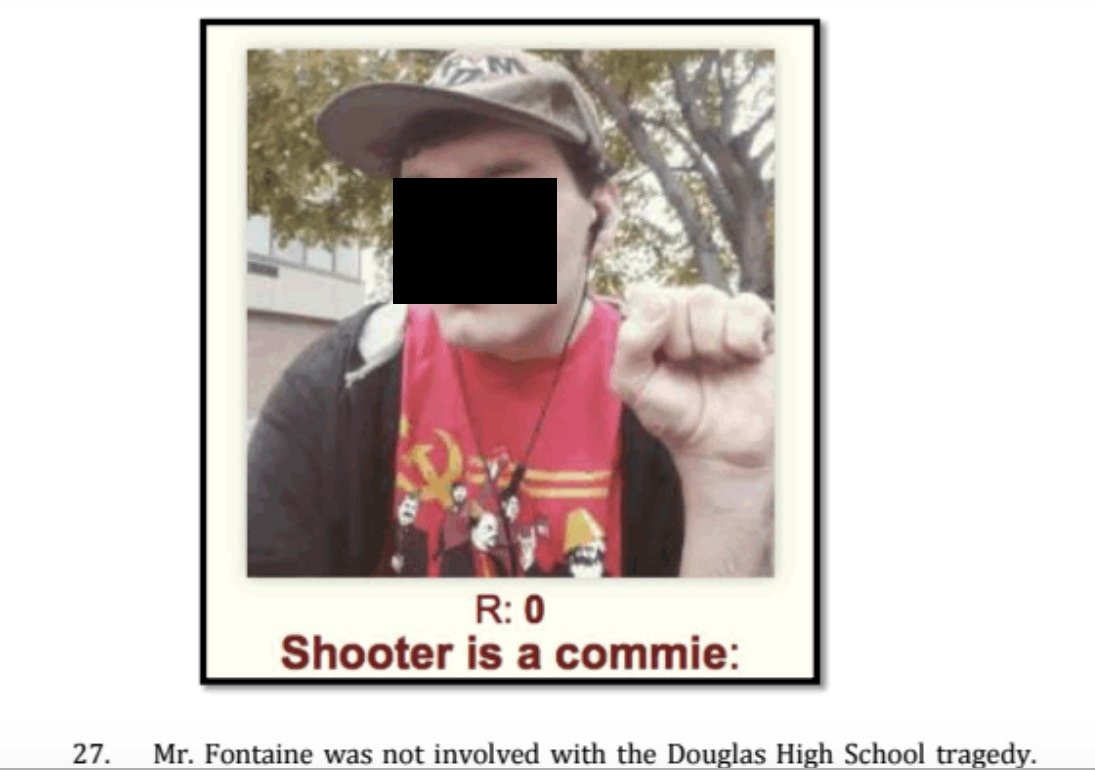 Self-described roaring performance artist has a simple business model: he spouts outrageous lies to bring in an audience, then sells them quack remedies whose market has been proven by Gwyeneth Paltrow.

But chasing sensation is a fraught business. On February 14, Alex Jones reporter Kit Daniels falsely claimed that a random guy wearing a popular parody Karl Marx tee named Marcel Fontaine was the Parkland shooter, a claim that was repeated both verbatim and with variations by other right-wing news outlets, an elected Republican official, and many of Jones's followers. When the real shooter was revealed, Jones's followers -- whom he counsels to mistrust "the mainstream media" -- refused to believe that Daniels wasn't the shooter; instead, they claimed that Daniels was part of a "false flag" operation. Fontaine says that they demanded a correction from Jones, who did not comply.

Fontaine has filed a suit against Jones, his parent company, and his reporter, seeking more than $1 million in damages.

Ken White, a favorite legal analyst around these parts, says that the suit has serious defects that may doom it.

Because it includes so much background that isn’t directly related to the article about Fontaine, Ken White—a First Amendment litigator at Brown White & Osborn—said the suit could run afoul of Texas state law.

“The core of the lawsuit—that InfoWars falsely accused Mr. Fontaine of being the shooter—states a very plausible claim for defamation and intentional infliction of emotional distress,” White told The Daily Beast. “The problem is that the complaint buries that core wrong into a general attack on InfoWars and Alex Jones and their fans.”

“That might make for good press, but it’s dangerous,” White continued. “Texas has a very strong anti-SLAPP law. If InfoWars can frame the lawsuit as being more broadly about the content of its speech in general (or about the speech of third-party commenters, for whom InfoWars is not responsible under Section 230 of the Communications Decency Act), the plaintiff faces a real risk of an anti-SLAPP ruling.”