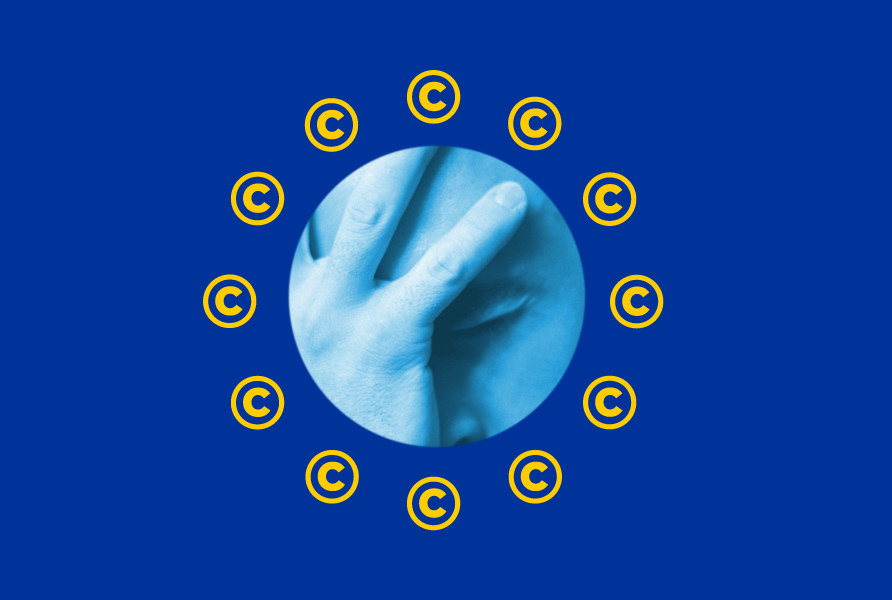 The EU is mooting a new copyright regime for the largest market in the world, and the Commissioners who are drafting the new rules are completely captured by the entertainment industry, to the extent that they have ignored their own experts and produced a farcical Big Content wishlist that includes the most extensive internet censorship regime the world has ever seen, perpetual monopolies for the biggest players, and a ban on European creators using Creative Commons licenses to share their works.

Under the new rules, anyone who allows the public to post material will have to maintain vast databases of copyrighted works claimed by rightsholders, and any public communications that matches anything in these databases has to be blocked. These databases have been tried on much more modest scales -- Youtube's Content ID is a prominent example -- and they're a mess. Because rightsholders are free to upload anything and claim ownership of it, Content ID is a font of garbagey, sloppy, fraudulent copyright abuse: five different companies claim to own the rights to white noise; Samsung claims to own any drawing of its phones; Nintendo claims it owns gamers' animated mashups; Sony claims it owns stock footage it stole from a filmmaker whose work it had censored; the biggest music companies in the world all claim to own the rights to "Silent Night", a rogues' gallery of sleazy copyfraudsters claim to own NASA's spacecraft landing footage -- all in all, these systems benefit the large and the unethical at the cost of small and nimble.

Since these filter systems are incredibly expensive to create and operate, anyone who wants to get into business competing with the companies that grew large without having to create systems like these will have to source hundreds of millions in capital before they can even enter the market. Youtube 2018 can easily afford Content ID; Youtube 2005 would have been bankrupted if they'd had to build it.

And then there's the matter of banning Creative Commons licenses.

In order to bail out the largest newspapers in the EU, the Commission is proposing a Link Tax -- a fee that search engines and sites like Boing Boing will have to pay just for the right to link to news stories on the web. This idea has been tried before in Spain and Germany and the newspapers who'd called for it quickly admitted it wasn't working and stopped using it.

But the new, worse-than-ever Link Tax contains a new wrinkle: rightsholders will not be able to waive the right to be compensated under the Link Tax. That means that European creators -- who've released hundreds of millions of works under Creative Commons licenses that allow for free sharing without fee or permission -- will no longer be able to choose the terms of a Creative Commons license; the inalienable, unwaivable right to collect rent any time someone links to your creations will invalidate the core clause in these licenses.

Europeans can write to their MEPs and the European Commission using this joint Action Centre; please act before it's too late.

The European Copyright Directive was enacted in 2001 and is now woefully out of date. Thanks in large part to the work of Pirate Party MEP Julia Reda, many good ideas for updating European copyright law were put forward in a report of the European Parliament in July 2015. The European Commission threw out most of these ideas, and instead released a legislative proposal in October 2016 that focused on giving new powers to publishers. That proposal was referred to several of the committees of the European Parliament, with the Parliament's Legal Affairs (JURI) Committee taking the lead.

As the final text must also be accepted by the Council of the European Union (which can be considered as the second part of the EU's bicameral legislature), the Council Presidency has recently been weighing in with its own "compromise" proposals (although this is something of a misnomer, as they do little to improve the Commission's original text, and in some respects make it worse). Not to be outdone, German MEP (Member of the European Parliament) Axel Voss last month introduced a new set of his own proposals [PDF] for "compromise," which are somehow worse still. Since Voss leads the JURI committee, this is a big problem.