Starbucks to close over 8,000 stores May 29 for racial bias education after 2 black men arrested 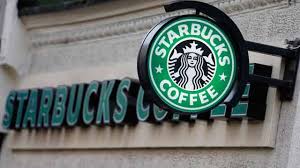 This is a pretty amazing thing for a company as big as Starbucks to do.

Starbucks will close more than 8,000 US stores on afternoon of May 29 to conduct racial-bias education for employees.

The news is a response to an incident in which black men in a Philadelphia store were racially profiled.

From the company's news announcement:

Starbucks Coffee Company (NASDAQ: SBUX) today announced it will be closing its more than 8,000 company-owned stores in the United States on the afternoon of May 29 to conduct racial-bias education geared toward preventing discrimination in our stores. The training will be provided to nearly 175,000 partners (employees) across the country, and will become part of the onboarding process for new partners.

“I’ve spent the last few days in Philadelphia with my leadership team listening to the community, learning what we did wrong and the steps we need to take to fix it,” said Starbucks ceo Kevin Johnson. “While this is not limited to Starbucks, we’re committed to being a part of the solution. Closing our stores for racial bias training is just one step in a journey that requires dedication from every level of our company and partnerships in our local communities.”

All Starbucks company-owned retail stores and corporate offices will be closed in the afternoon of Tuesday, May 29. During that time, partners will go through a training program designed to address implicit bias, promote conscious inclusion, prevent discrimination and ensure everyone inside a Starbucks store feels safe and welcome.

"The company's founding values are based on humanity and inclusion," said executive chairman Howard Schultz, who joined Johnson and other senior Starbucks leaders in Philadelphia to meet with community leaders and Starbucks partners. "We will learn from our mistakes and reaffirm our commitment to creating a safe and welcoming environment for every customer."

The curriculum will be developed with guidance from several national and local experts confronting racial bias, including Bryan Stevenson, founder and executive director of the Equal Justice Initiative; Sherrilyn Ifill, president and director-counsel of the NAACP Legal Defense and Education Fund; Heather McGhee, president of Demos; former U.S. Attorney General Eric Holder; and Jonathan Greenblatt, ceo of the Anti-Defamation League. Starbucks will involve these experts in monitoring and reviewing the effectiveness of the measures we undertake.

Earlier this week, Starbucks began a review of its training and practices to make important reforms where necessary to ensure our stores always represent our Mission and Values, by providing a safe and inclusive environment for our customers and partners.

Once completed, the company will make the education materials available to other companies, including our licensee partners, for use with their employees and leadership.