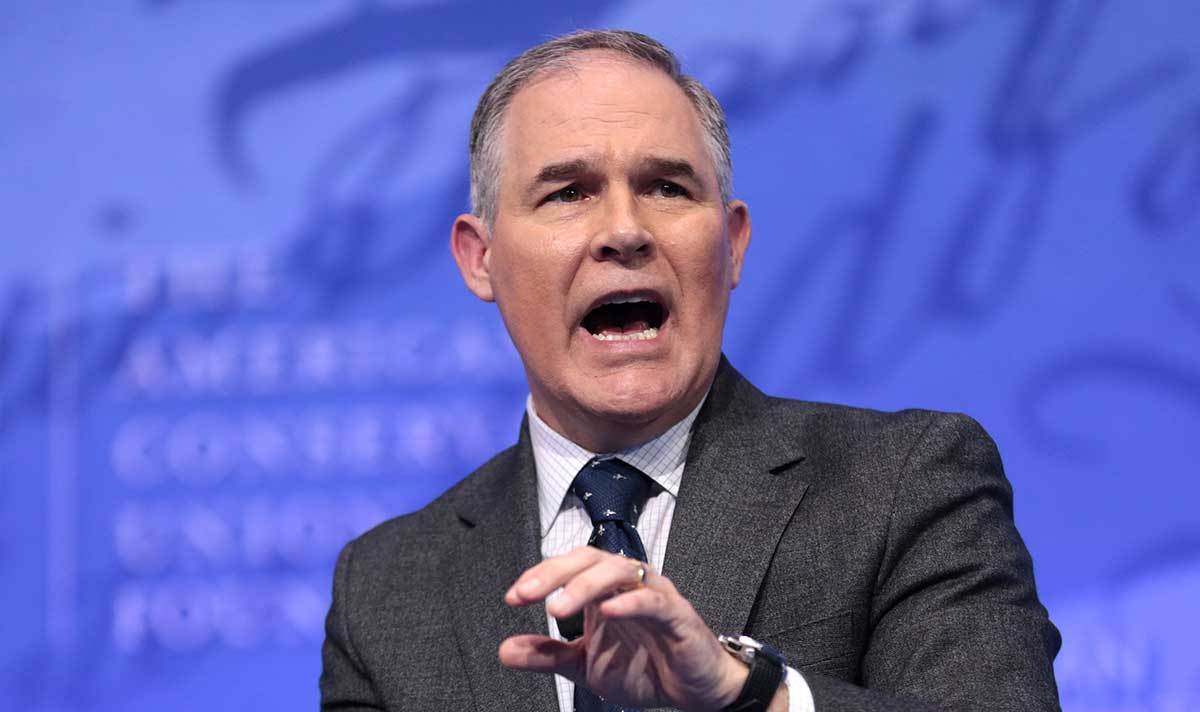 EPA head Scott Pruitt has gone on a multi-million dollar luxury item spending spree at taxpayers' expense. With his soundproof booth, bulletproof limousines, and chartered private jets, he seems to think people care who he is and are out to get him, when in truth he's just one of the indistinguishable swamp creatures appointed by Trump to dismantle the federal government's regulatory agencies.

His expensive form of ego gratification has become so flagrant that various organizations in the federal government are finally doing something about it. “Scott Pruitt Is now being investigated by the House of Representatives, Senate, White House, Office of Management and Budget, Government Accountability Office, and EPA Inspector General,” tweeted Rep. Don Beyer (Dem, VA).

Scott Pruitt Is now being investigated by the House of Representatives, Senate, White House, Office of Management and Budget, Government Accountability Office, and EPA Inspector Generalhttps://t.co/NDMMt8njHe

This week the number of investigations into embattled EPA Administrator Scott Pruitt’s ethics lapses and wasteful spending grew substantially, and more may be announced in coming weeks.

The latest wave of investigations came as the nonpartisan Government Accountability Office (GAO) issued a report saying that Pruitt had broken laws when he ordered the installation of a $43,000 “secure privacy booth” without informing Congress:

The EPA Office of the Inspector General is also weighing requests by Reps. Don Beyer and Ted Lieu and Senator Sheldon Whitehouse to determine whether Pruitt violated any laws or regulations with his condo arrangement.

The Office of Government Ethics is not empowered to investigate or punish ethics lapses at the EPA, but its acting head still sent a letter outlining a series of concerns about Pruitt’s potential ethics lapses to EPA ethics officials.

While Pruitt remains in office, additional investigations of his many wasteful and unethical activities are likely to follow.

If you would like to help get Pruitt fired, Re:act recommends using this "NRDC tool to ask your senators to publicly call on Pruitt to be fired."

Scott Pruitt is hurting the environment and living in luxury on taxpayer dime — it’s time for him to go pic.twitter.com/FNyKq7krWg

Secretary of the Interior Ryan Zinke (previously) is leaving the cabinet at the end of the month.