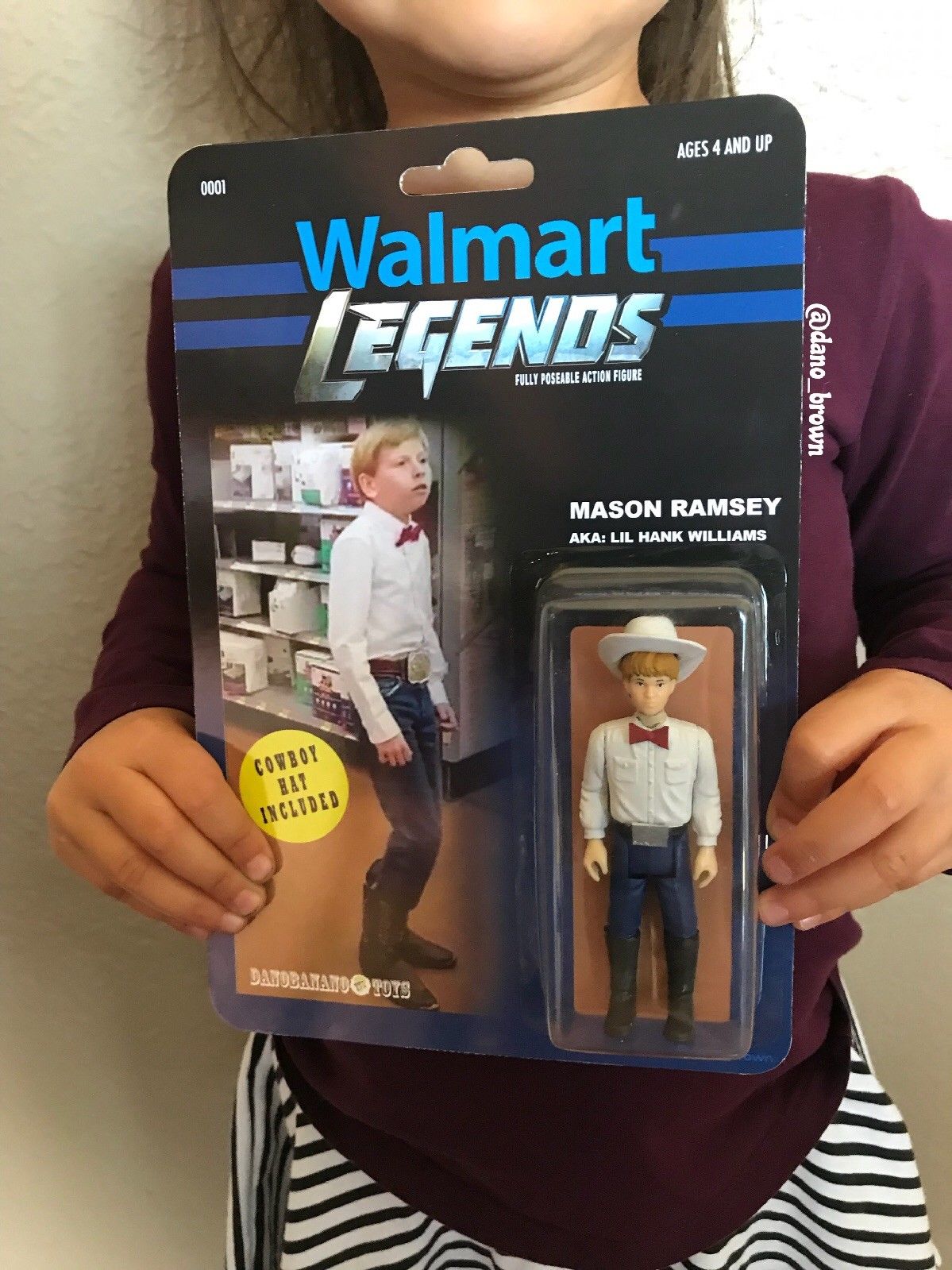 Remember Mason Ramsey, the 11-year-old yodeler who was discovered in an Illinois Walmart? Well, now thanks to artist Dano Brown, the "Walmart yodeling kid" has become an action figure. You won't find this "Walmart Legend" being sold at the chain though, because it's not mass produced. It's a one-of-a-kind piece of art. There is just this one single Mason Ramsey action figure available and you can go to eBay to bid on it (currently at $410).

If these one-up action figures are your thing, be sure to check out Dano's other works on his Instagram feed.