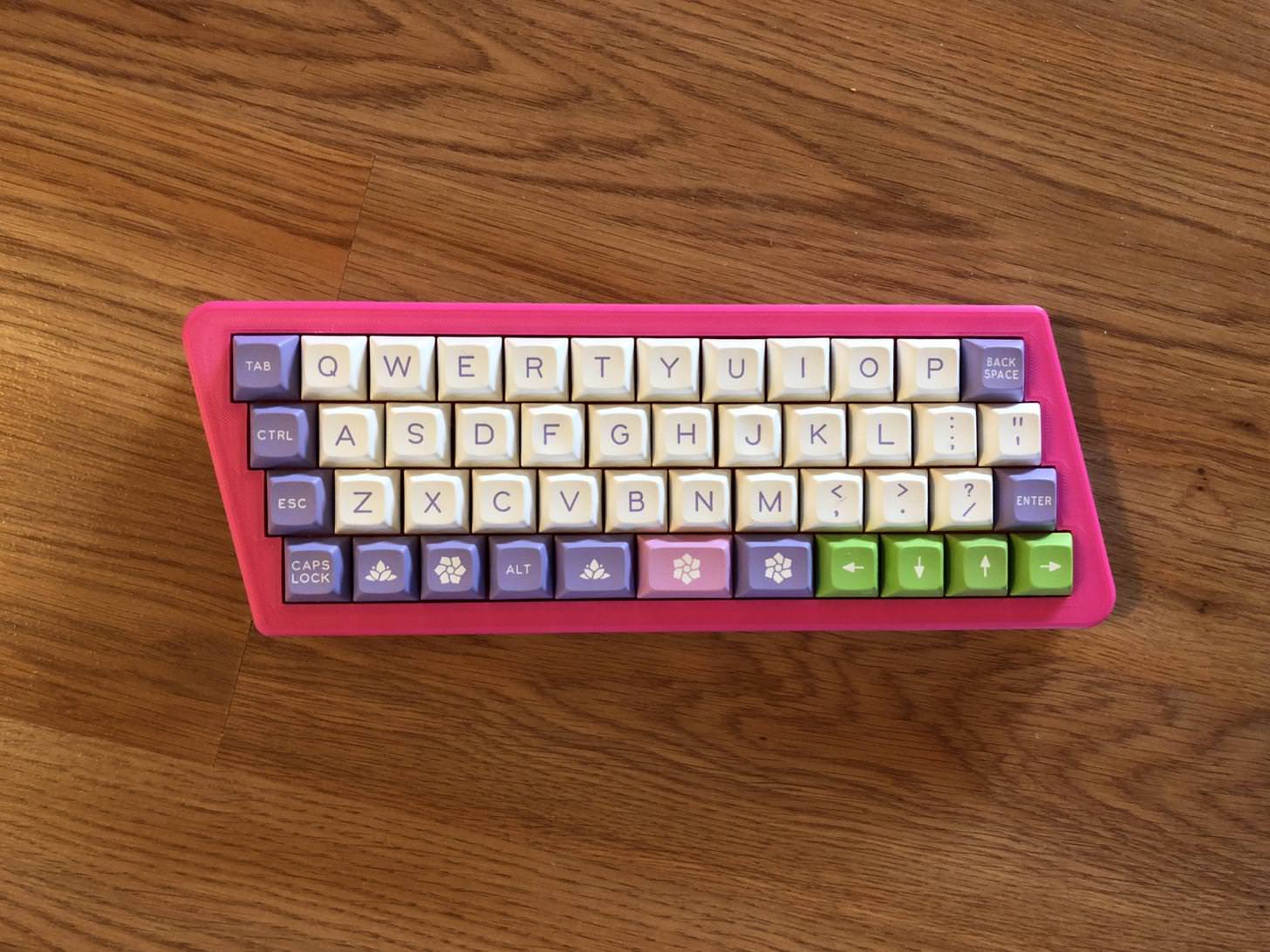 The Zlant keyboard -- a compromise between tiny "ortholinear" grid keyboards and a traditional staggered layout -- will be available soon.

Plancks are one of my favorite keyboards. However, I've found it to be a little bit of a struggle to get some of my friends into the form factor, especially people who aren't as devoted to mechanical keyboards as we are.

Personally, and I'm sure many of you agree, I consider the Planck to have the most efficient form factor for its size. I feel as though many 40%'s make a few too many sacrifices with what gets placed in additional fn layers. So, after trying to re-work the wheel several times, I realized that (at least for me) the best staggered 40% would really just be a staggered Planck. It's not exactly the same as a standard stagger, using a uniform .25u stagger, but it's enough that it should feel a little more natural to people that can't fully adapt to an ortholinear lifestyle.
Additionally, having an identical layout to the Planck from a keycap perspective, it's much easier to find keycaps to fit this layout than many other 40%'s. There are so many keysets out there with Planck/OLKB kits that it's easier to cover a board with keycaps that say what they do instead of just fitting a hole that's the same size.