When cleaning slides, film or just my lenses, I use PecPads 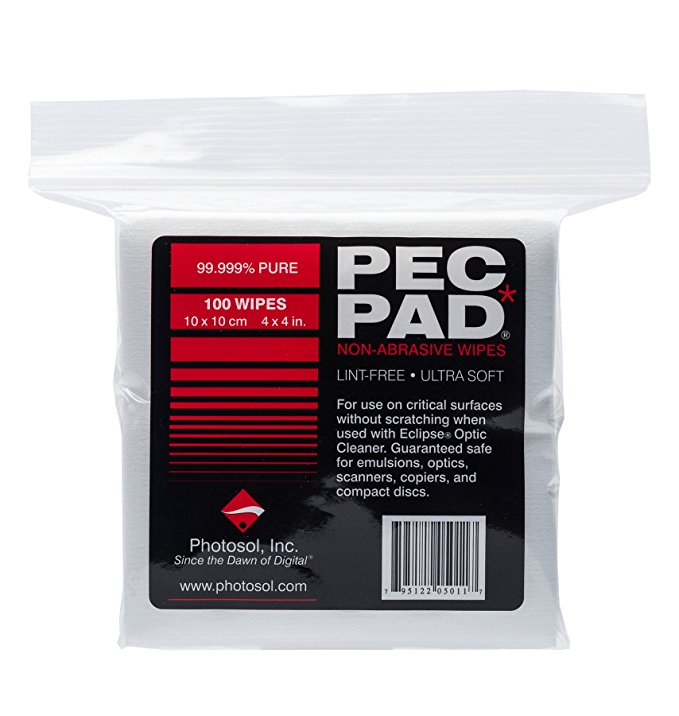 When cleaning off slides for scanning, or the lenses on cameras that haven't been made for decades, I use PecPads.

I used to ruin positives when trying to ready them for scanning. Then I was told about PecPads. I have not ruined a slide in years and years. I also use the non-abrasive gauze-like pads to clean the lenses on my treasured Rolleis.

I use microfiber clothes on my glasses, but superstition keeps me using PecPads on photographic equipment.