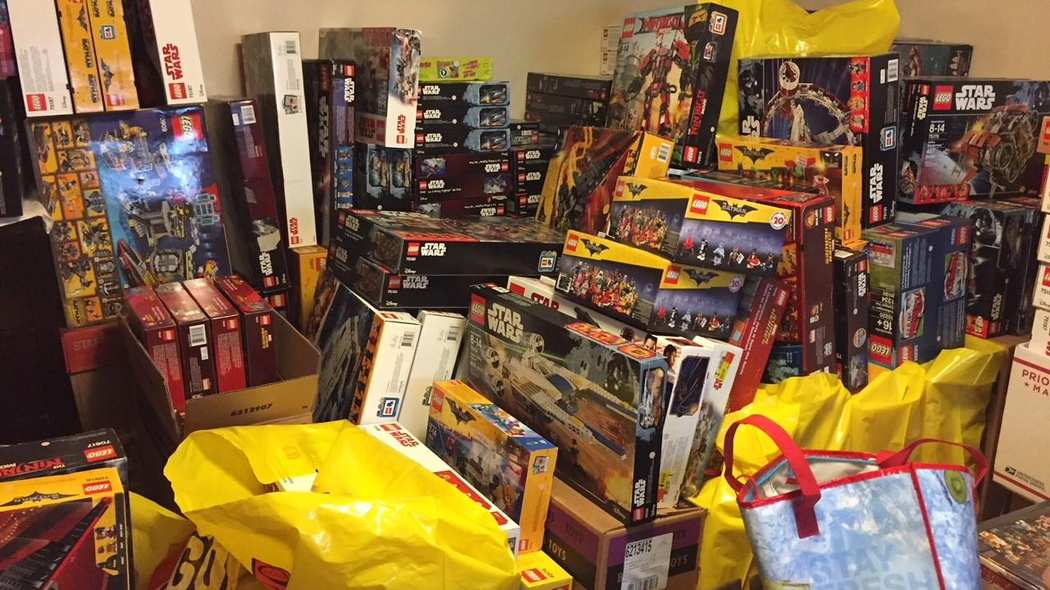 Via the Portland PD's statement on the arrest:

Once Azar was taken into custody, a search warrant was served at his family's residence in the 2000 block of Southeast 102nd Avenue. During a search of the residence, investigators located a large quantity of stolen Legos and other stolen merchandise (photograph provided with press release). Investigators with the Fred Meyer's Organized Retail Theft Unit estimate the recovered stolen value of the Legos and other toys taken from Portland area Fred Meyer stores to be approximately $50,000 -- this estimate does not include merchandise that was recovered at the residence that came from other retail stores.