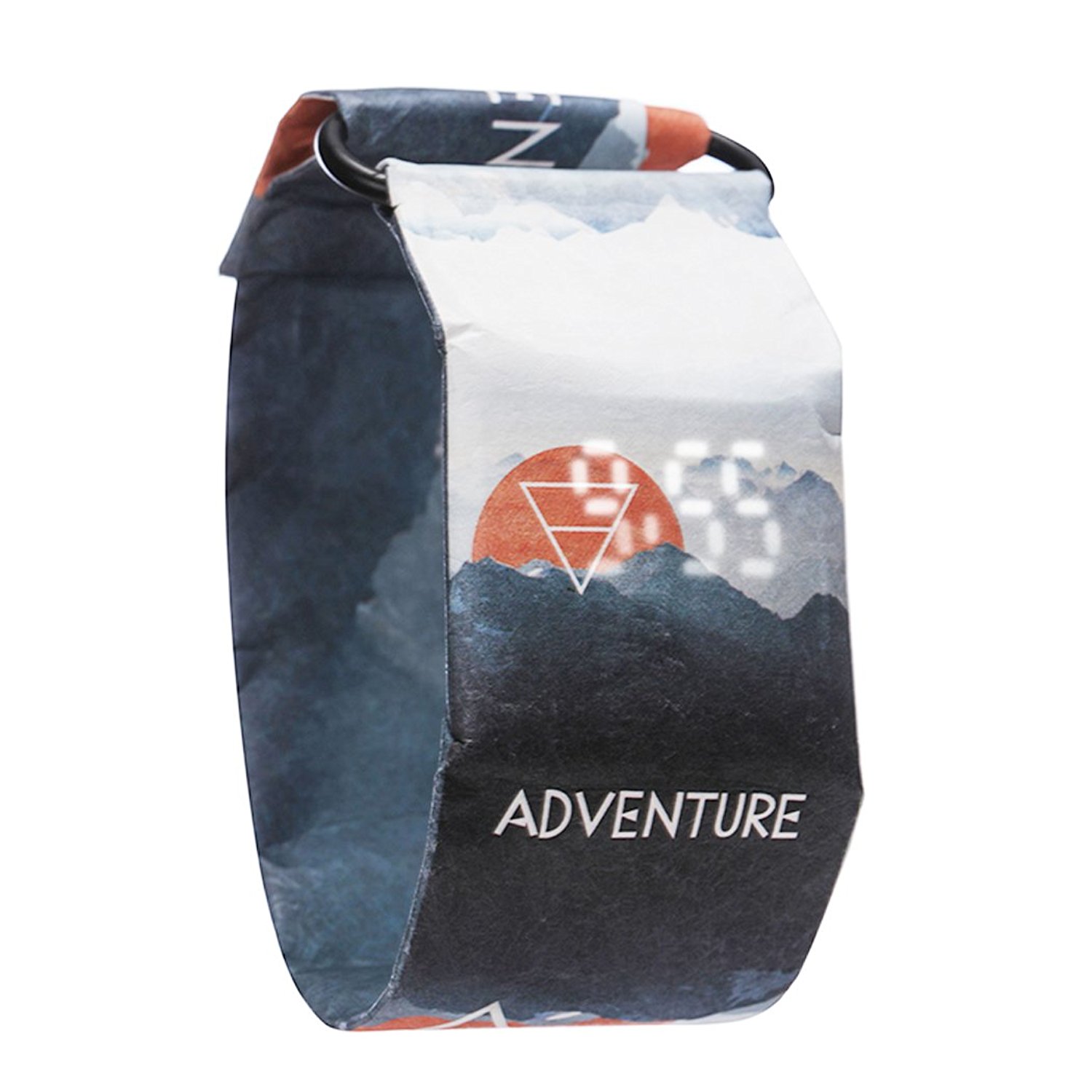 Cajiso's "paper watches" wrap a watertight tyvek wristband with a magnetic closure around a cheap-and-cheerful LED watch mechanism, yielding a $28 novelty/fashion item that can be printed with arbitrary bitmaps and are thus available in a wide variety of patterns. (via Red Ferret)