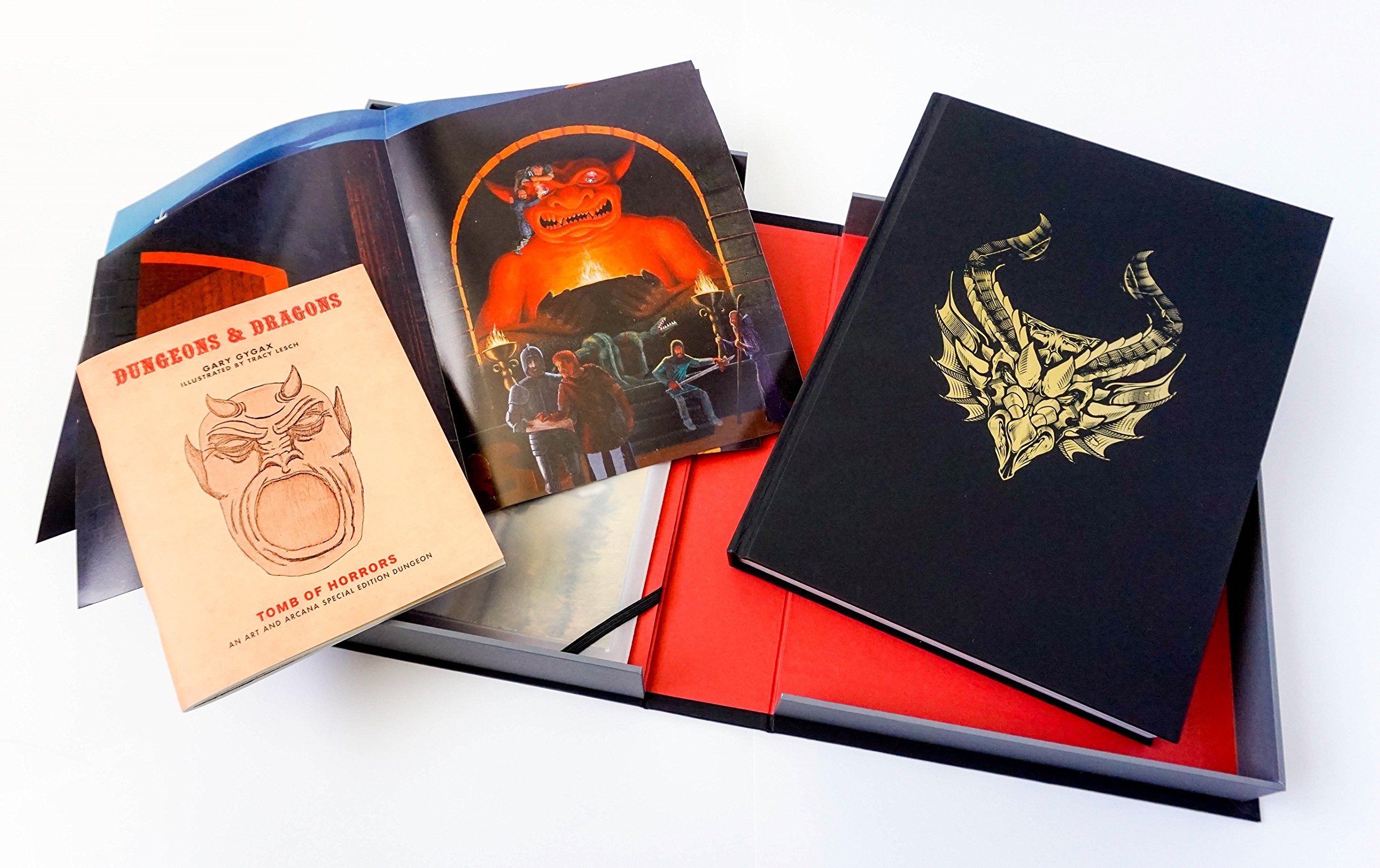 In 1975, Gary Gygax revealed the Tomb of Horrors module at the first Origins convention, presenting it as a campaign that would specifically challenge overpowered characters who would have to rely on their wits to outsmart incredibly lethal, subtle traps, rather than using their almighty THACOs to fell trash-mobs of orcs or other low-level monsters.

Next October, Warhammer will publish a deluxe commemorative edition of the module, with a hardcover retrospective of 700+ pieces of vintage D&D art, a reprint of the original module (sized to fit the original D&D box, with its center-stapled 8.5" x 11" booklets) and some framable lithos.

Tomb of Horrors has gone through several incarnations and has a cameo in Ready Player One; the new boxed edition comes out on Oct 23 and can be pre-ordered for $100.