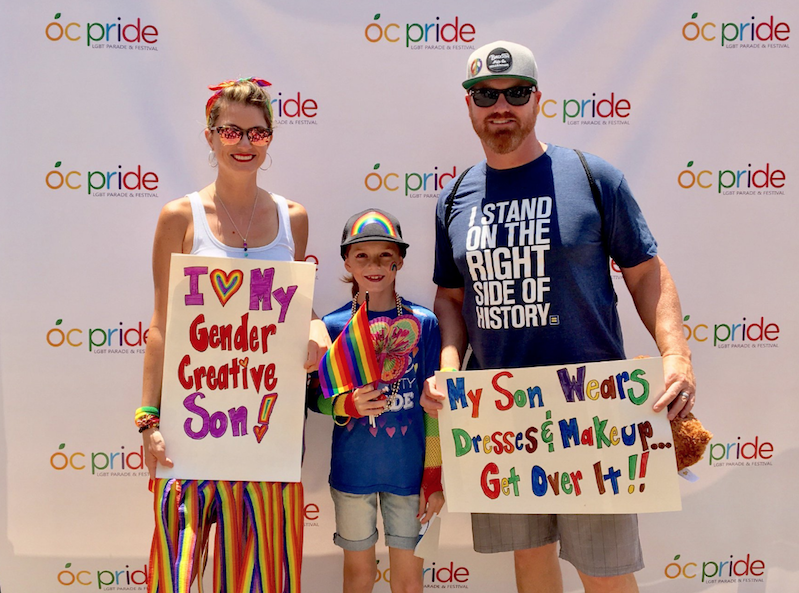 The days of openly mocking and attacking our children without consequence ended in 2003, when sexologist J. Michael Bailey used children like C.J. for laughs in his "academic" lectures. That's what ultimately led to the legislation outlawing the anti-transgender reparative therapies Bailey and his friends advocated.

This is sweet. Wait until this poor kid grows up, realizes what you've done, and stuffs both of you dismembered into a freezer in the garage pic.twitter.com/1k3ITApFsF

“It’s sending a message to those haters who came out so strongly after last year’s pride that it doesn’t matter,” Lori Duron, C.J.’s mom, told HuffPost about the the milestone. “We are still right here, supporting our son and loving him no matter what. It’s about him and making sure he’s happy and healthy and sure of who he is and able to be his most authentic self. It’s not about what they think or what they tweet.”

The year has been a tough one for the Duron family. In February, C.J.’s former best friend told him she could no longer be his friend because her family “doesn’t hang out with gay people.” Lori Duron shared the experience in a gut-wrenching essay for HuffPost. “Whatever his future sexuality, that day, homophobia turned my son into devastation personified,” she wrote.

What a great way to affirm and honor this cool kid and family!