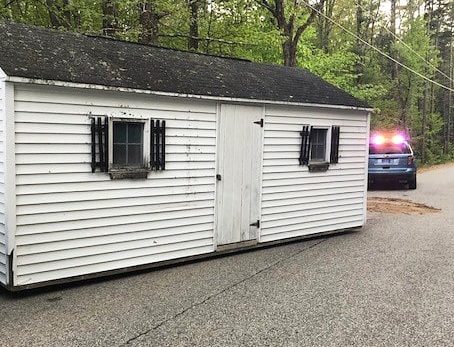 Last month, three gentlemen were arrested in Lebanon, Maine for trying to steal a 25-foot-long shed from a foreclosed property. They had tied the shed to the back of their pickup truck and were tugging it down the road when cops arrived. I'd guess there was no high-speed chase. According to the Portland Press Herald, police also busted one of them for meth and prescription pills that didn't belong to him. Other charges for the men include unauthorized taking or transfer, reckless conduct, and criminal mischief. (via Weird Universe)