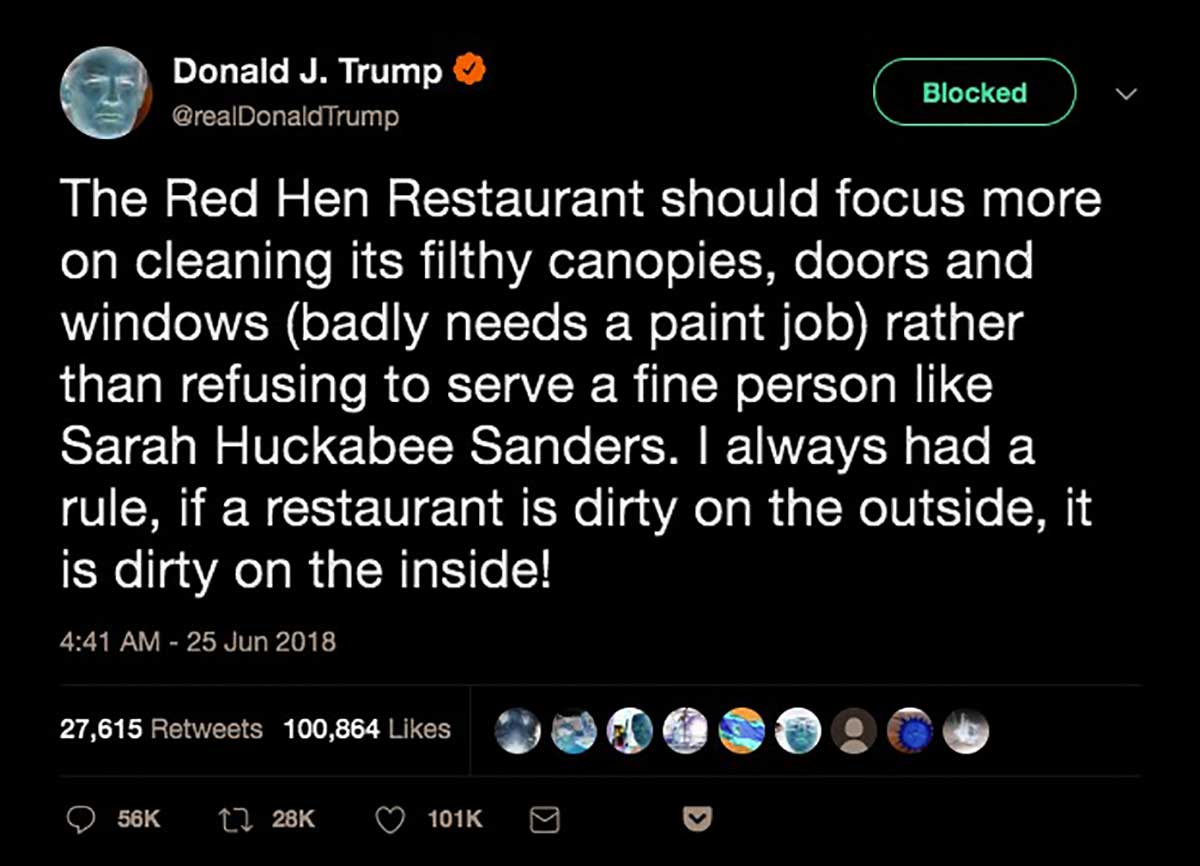 Do you like restaurants with "live and dead cockroaches" in the kitchen and “slimy/mold-like build-up” in coolers and freezers? Try one of Trump's fine dining establishments, then. From The Daily Beast:

The president’s Mar-a-Lago resort has been faulted with 51 health-code violations since 2013. Health inspectors have also found an additional 30 at Mar-a-Lago’s beach club.

Trump’s Doral golf club outside Miami has fared even worse: Between its main kitchen, banquet hall, café, patio grill, and bungalows, inspectors have found 524 health-code violations since 2013, including a number that resulted in fines. Among inspectors’ findings were multiple spottings of live and dead cockroaches (they noted 20-25 live ones visibly present in the main kitchen during one 2015 visit), “slimy/mold-like build-up” in coolers and freezers, and holes in kitchen walls.

During that same time, Virginia health authorities have found just three violations at the Red Hen. Last year, they observed a number of jars containing pickles and jams that had not come from an approved food processor. The restaurant said they were simply decorative, but agreed to remove them. In 2014, inspectors noted that its grits were not properly dated, and that raw beef was being stored above ready-to-eat food. A follow-up visit showed that those violations had been corrected.

Friday, Jan. 31, 1:40PM Eastern: FBI spokesman James Marshall tells reporters FBI is aware of an incident at Mar-A-Lago and have agents responding to the scene. A car chase near the resort ended with shots being fired near President Donald Trump’s Mar-a-Lago resort Friday in Florida, police said. Officials are still determining the details.

Well, this is weird.