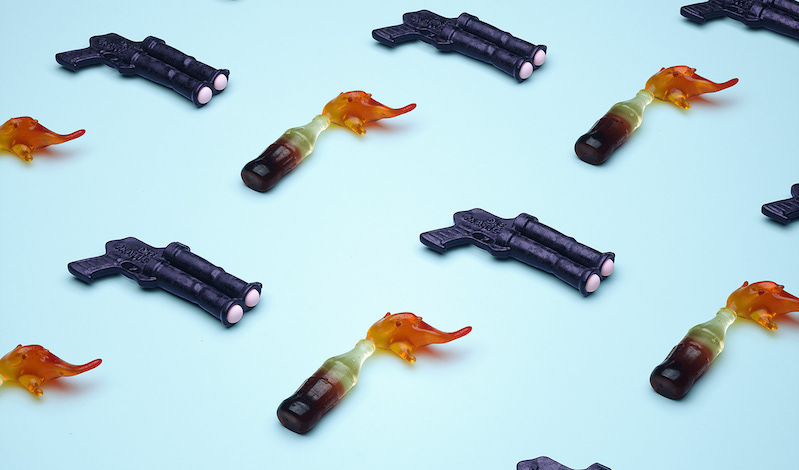 While these guns, knives, and bombs look deliciously real, they are in fact masterful digital art confections by artist Cristian Girotto. Let's hope a candymaker gets inspired!

The duck making a duckface is so great!

• To the Last Candy (via Behance)