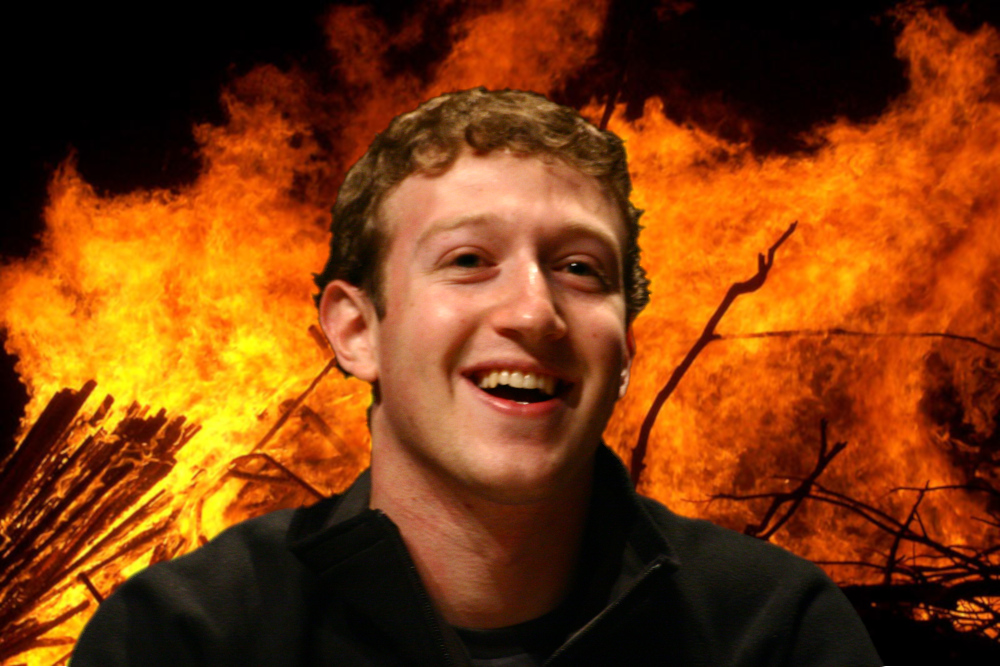 But surveillance captialism is still dangerous: all those dossiers on the personal lives of whole populations can be used for blackmail, identity theft and political manipulation. As I explain in my new Locus column, Cory Doctorow: Zuck’s Empire of Oily Rags, Facebook's secret is that they've found a way to turn a profit on an incredibly low-yield resource -- like figuring out how to make low-grade crude out of the oil left over from oily rags.

But because the margins on surveillance data are so poor, the business is only sustainable if it fails to take the kinds of prudent precautions that would make it safe to warehouse these unimaginably gigantic piles of oily rags.

It’s as though Mark Zuckerberg woke up one morning and realized that the oily rags he’d been accumulating in his garage could be refined for an extremely low-grade, low-value crude oil. No one would pay very much for this oil, but there were a lot of oily rags, and provided no one asked him to pay for the inevitable horrific fires that would result from filling the world’s garages with oily rags, he could turn a tidy profit.

A decade later, everything is on fire and we’re trying to tell Zuck and his friends that they’re going to need to pay for the damage and install the kinds of fire-suppression gear that anyone storing oily rags should have invested in from the beginning, and the commercial surveillance industry is absolutely unwilling to contemplate anything of the sort.

That’s because dossiers on billions of people hold the power to wreak almost unimaginable harm, and yet, each dossier brings in just a few dollars a year. For commercial surveillance to be cost effective, it has to socialize all the risks associated with mass surveillance and privatize all the gains.

There’s an old-fashioned word for this: corruption. In corrupt systems, a few bad actors cost everyone else billions in order to bring in millions – the savings a factory can realize from dumping pollution in the water supply are much smaller than the costs we all bear from being poisoned by effluent. But the costs are widely diffused while the gains are tightly concentrated, so the beneficiaries of corruption can always outspend their victims to stay clear.

Facebook doesn’t have a mind-control problem, it has a corruption problem. Cambridge Analytica didn’t convince decent people to become racists; they convinced racists to become voters.