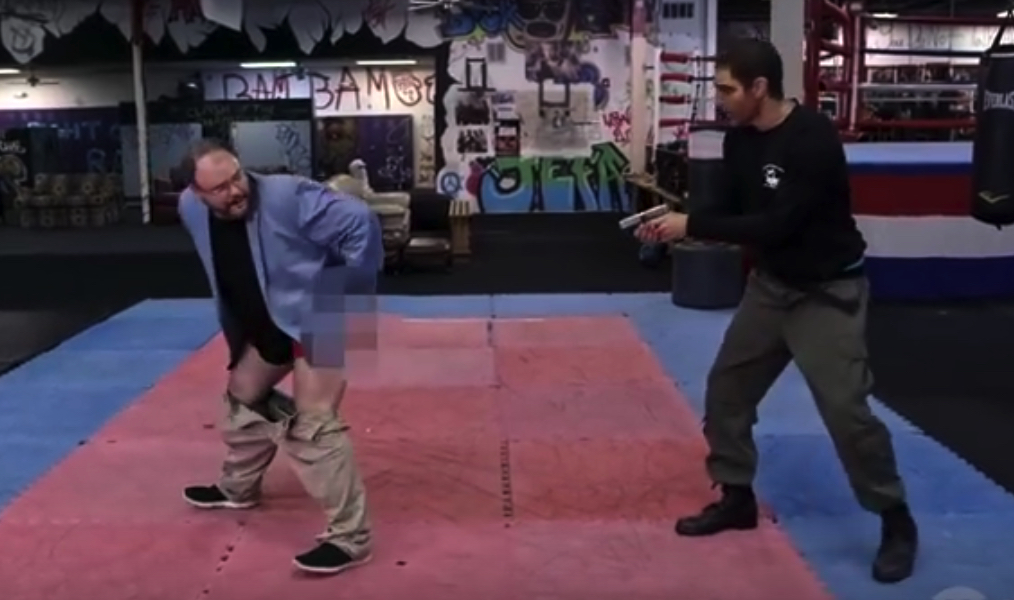 Just when the pundits were insisting Sacha Baron Cohen was already outstaying his welcome.

Spencer dropped his pants and repeatedly used the N-word in the episode of “Who Is America?” Spencer had earlier threatened legal action to prevent the network from airing footage of him.

In a statement shortly after the episode aired, Ralston said Spencer’s actions and language in the video are “reprehensible.”

“Rep. Spencer has disgraced himself and should resign immediately,” Ralston said. “Georgia is better than this.”

Note that the embedded video shows a Republican loudly shouting the N-word repeatedly; do not play it at work. The New York Times:

Mr. Spencer isn’t quite as prominent as the other lawmakers that Mr. Cohen has fooled, including Representative Dana Rohrabacher, Republican of California, and Senator Bernie Sanders, the Vermont independent. But you might have heard his name before. Last summer, Mr. Spencer got into a Facebook exchange with a former Georgia lawmaker, an African-American attorney named LaDawn Jones, who supported the removal of Confederate statues. In a comment that had threatening racial overtones, Mr. Spencer told Ms. Jones: “Looks like you are afflicted with the same poison you claim to fight against. I can guarantee you won’t be met with torches but something a lot more definitive. People in South Georgia are people of action, not drama.” He added that people who want the statues removed “will go missing in the Okefenokee,” referring to a swamp in Georgia.

if you want to win show some skin / mistakes / Who is America?