Pizzeria adds chairs to go with that little plastic table 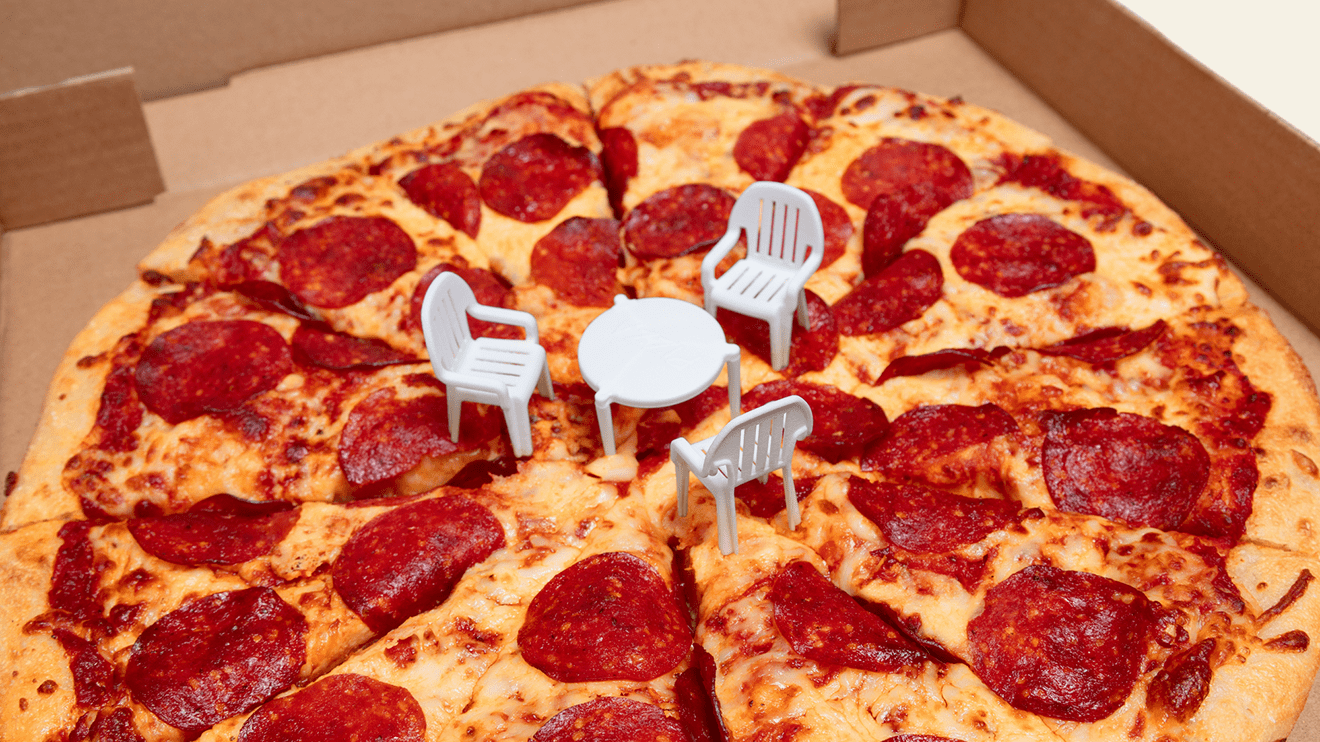 In select locations, Canadian restaurant chain Boston Pizza has started adding 3D-printed chairs to surround that little plastic pizza-saver, aka the pizza table. They call it the Pizza Patio Set.

"Patio season is a big deal for Canadians," says client senior director of marketing Adrian Fuoco. "This was all about creating something fun that was part of our larger patio season initiative. Ultimately, we found a way to bring together the two things we're passionate about — patios and pizza."

If you are not in their delivery zone but do have access to a 3D printer, you can create your own tiny pizza chairs.

Jason Laska stopped at a Little Caesars to grab a pre-made "Hot-N-Ready" pizza for his family. When he got home, he and his wife discovered a (reverse) swastika made from pepperoni on the pie. Laska told CNN he tried to call the store but the number was constantly busy so he posted to social media. […]

CEC Entertainment, owners of Chuck E. Cheese and Peter Piper Pizza, has filed for bankruptcy. The company reported $29 million in losses for 2019. From Reuters: Chuck E. Cheese's bid to boost sales through delivery apps under the name "Pasqually's Pizza & Wings" earlier this year only created more problems, as many customers thought they […]