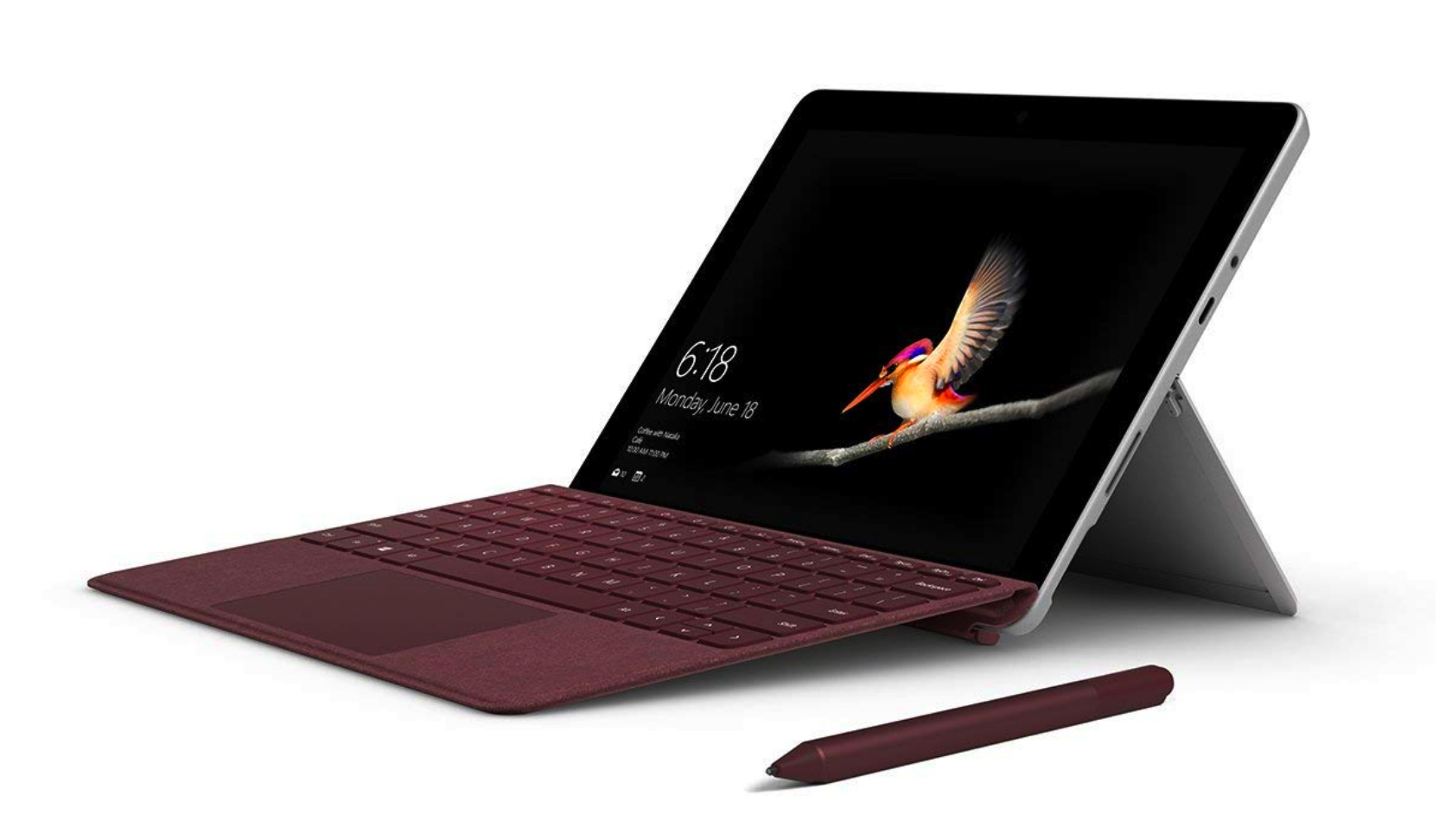 Microsoft's compact Surface Go is a low-end 2-in-1 laptop, but it's getting rave reviews from sites such as Gizmodo and The Verge thanks to excellent design and balance of price—just $400, but see below—and capability.

Beyond its underwhelming performance, the Surface Go is a winner. ... The Surface Go feels like a smaller version of the premium Surface Pro. It’s a damn nice looking device—the kind people will note with admiration when you’re at a coffee shop or sitting in a crowded meeting. It’s proof that cheap laptops don’t have to feel or look cheap, and I can only hope that it inspires other computer makers to start seriously considering the build quality of their budget devices.

It’s $680 to get the version that I think would work best for most people, which is significantly more than the $330 base iPad but significantly less than an iPad Pro with a keyboard. It’s about what you’d pay for a pretty decent middle-of-the-road Windows Laptop or maybe even a used Surface Pro. Comparing the Surface Go to any of those devices quickly leads you to build a big pro-con list, one that is very personalized to your particular software needs.

It gets terrible benchmarks, but only when running games or making Photoshop work hard. It sounds to me that it's the gadget for people who really want to work on mainstream tablets such as the iPad or Galaxy Tab but find themselves needing the trappings of a normal laptop when they try.

Spring for at least the $550 8GB model [Amazon], if you bother, as anything less will have only 4GB of RAM and eMMC storage instead of an SSD.