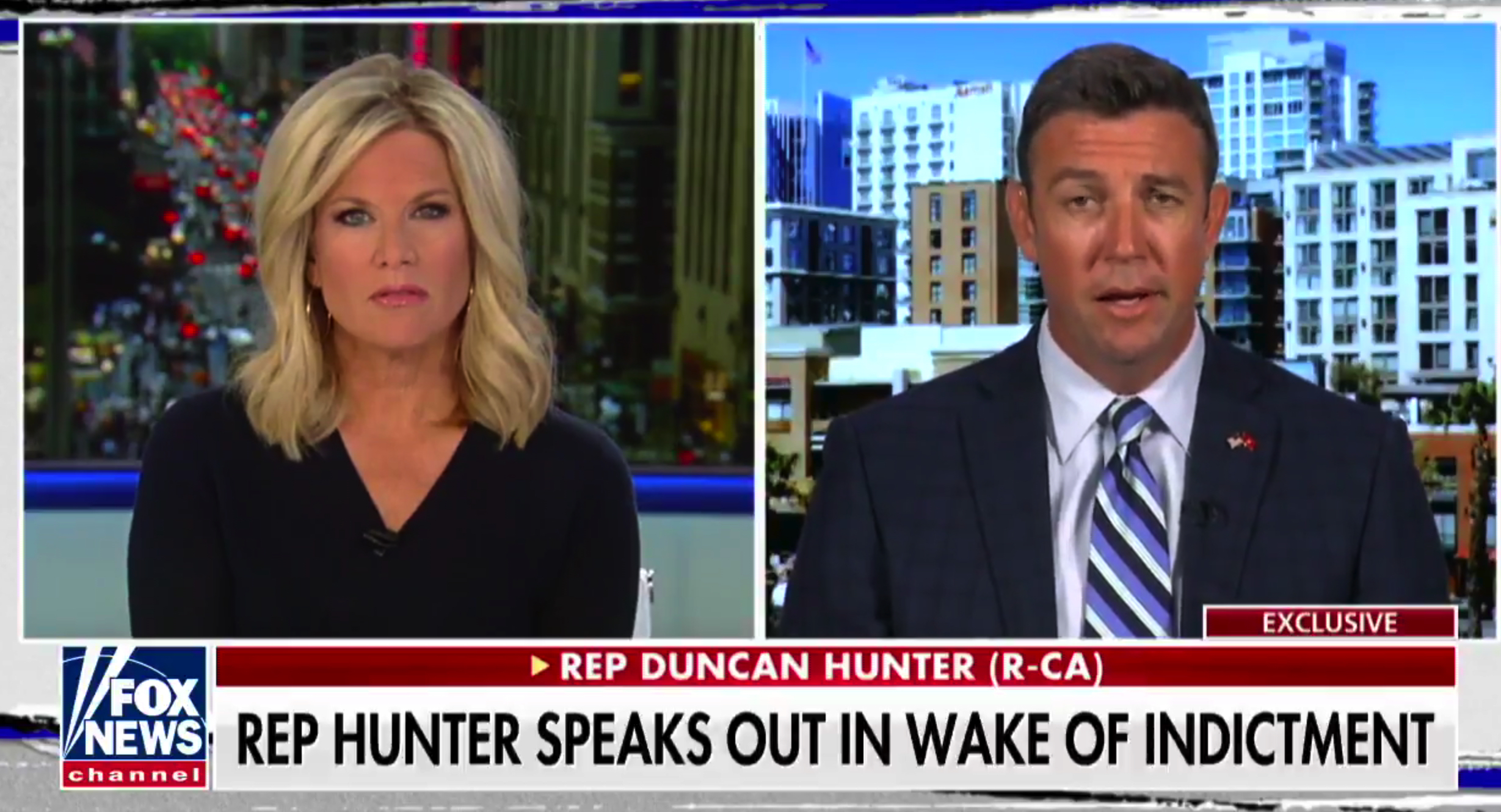 Heading to Fox News for a softball interview about the alleged misuse of campaign funds on vacations, video games and other personal expenses, Rep. Duncan Hunter (R-Northrup Grumman) blamed his wife.

The dizzying kettle logic and suddenly obvious lies are not just a Trump thing. It's some kind of bizarre shedding process the GOP is undergoing as it metamorphoses into a nakedly amoral totalitarian nightmare moth.