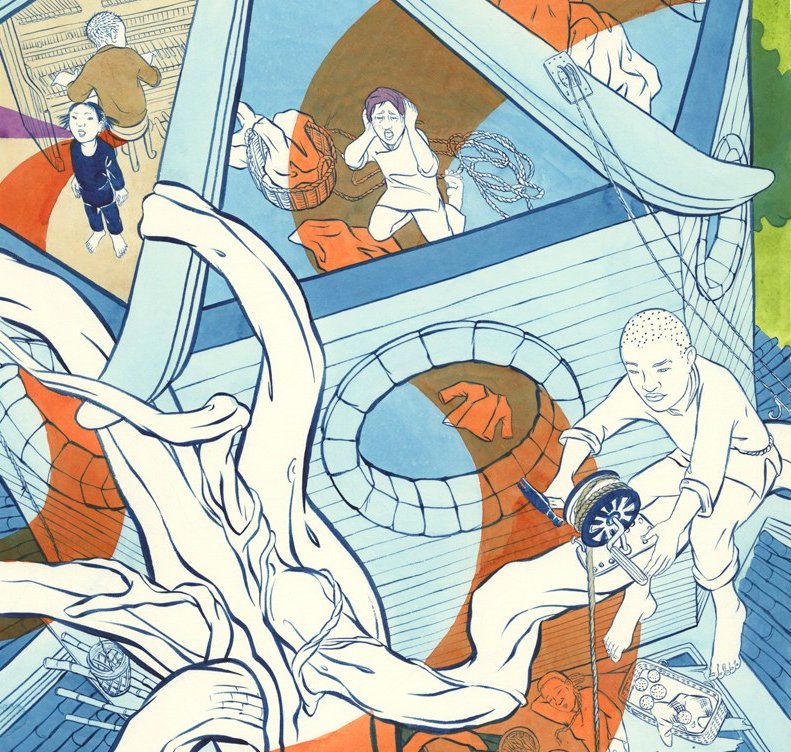 Song is a young boy on the verge of manhood in colonial HK; his mother is a fortune-teller and his father is a drunk, and he has just won a coveted job at the post office, a job that comes with the unimaginable privilege of his own bicycle.

Song's coming of age is wrapped up in all these facts, as his work in the dead letter office sends him through the most obscure corners of Hong Kong and even into the walled city of Kowloon, home to unpersons who have no legal status under British rule, and who meet official cruelty with a mix of solidarity and scrabbling, precarious terror.

Meanwhile, Song's rounder of a father has been sentenced by a British judge to serve a long sentence, and one of his best friends has fallen in with a gangster who may be implicated in the string of child kidnappings that have torn open the hearts of the poorest, most victimized mothers in Hong Kong.

Song's shuttle from the Temporary Autonomous Zone of Kowloon to the walls of his father's prison to the slum where he lives with his mother and the prostitutes that fill the surrounding flats to the palatial home of the gangster affords us a beautiful, atmospheric, even dreamlike tour of Hong Kong in it glory and terror, full of romance and misery.

The illustrations and (especially) the use of color in this book defy description, and truly control the pace of the tale, slowing it down to a easy dreamlike drift, speeding it up to a relentless action-movie tempo.

It's the first volume of a trilogy that didn't get nearly enough attention the first time around. The book has the fine production values we associate with Top Shelf (see, e.g. Lost Girls), giving the book a luxurious feel that matches the decadence of old Hong Kong.