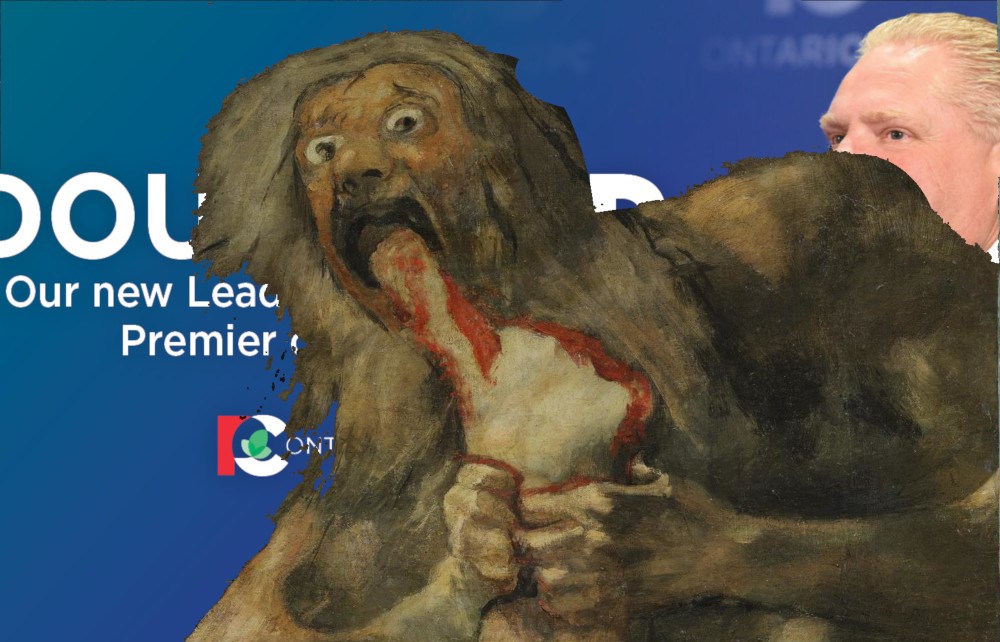 Doug Ford is the laughable bumblefuck who was elected Premier of Ontario by a roster of cheap Trumpian tricks and (literally) a promise to make beer cost $1 in the province (this promise was not fulfilled).

Shortly after taking office, Ford unilaterally redistricted the City of Toronto in a move to gut its city council and also punish his Conservative Party rivals. This immediately triggered lawsuits, adding to the province's long list of litigation hassles.

Now, a judge has issued a scathing ruling, blocking Ford's plans, characterising the government's response to the legal issues as "Crickets."

Toronto's municipal elections will go ahead as planned on Oct 22, with the old city districts intact.

It's more indications that Ford is thoroughly inside the Trump mold: not only does he have a bunch of stupid ideas, he also has no administrative competence and thus is unable to accomplish much besides making the people he was elected to serve utterly miserable.

"If there was a concern about the large size of some of the city's wards (by my count, six wards had populations ranging from 70,000 to 97,000), why not deal with these six wards specifically? Why impose a solution (increasing all ward sizes to 111,000) that is far worse, in terms of achieving effective representation, than the original problem? And, again, why do so in the middle of the city's election?"

Tory said that was an "extraordinary" thing to see in a judge's ruling, adding the province needs to answer those questions if it tries again to reduce the number of councillors.

What will Doug Ford do now that a judge has blocked his plan to cut Toronto city council? [John Rieti/CBC]