An anonymous Op-Ed from the World War II French Resistance 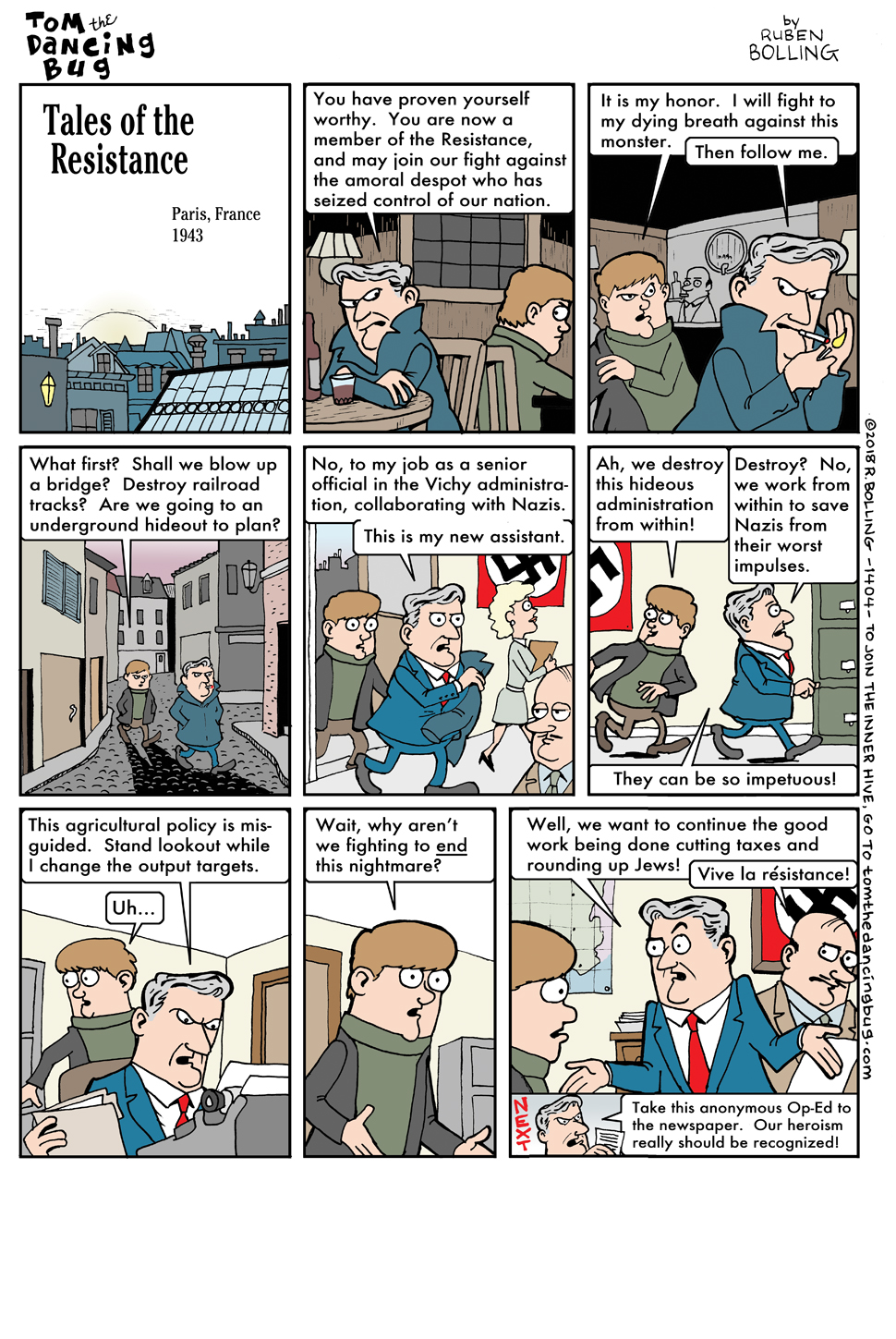 Tom the Dancing Bug, IN WHICH a young patriot learns the urgent mission of the French Resistance in World War II.