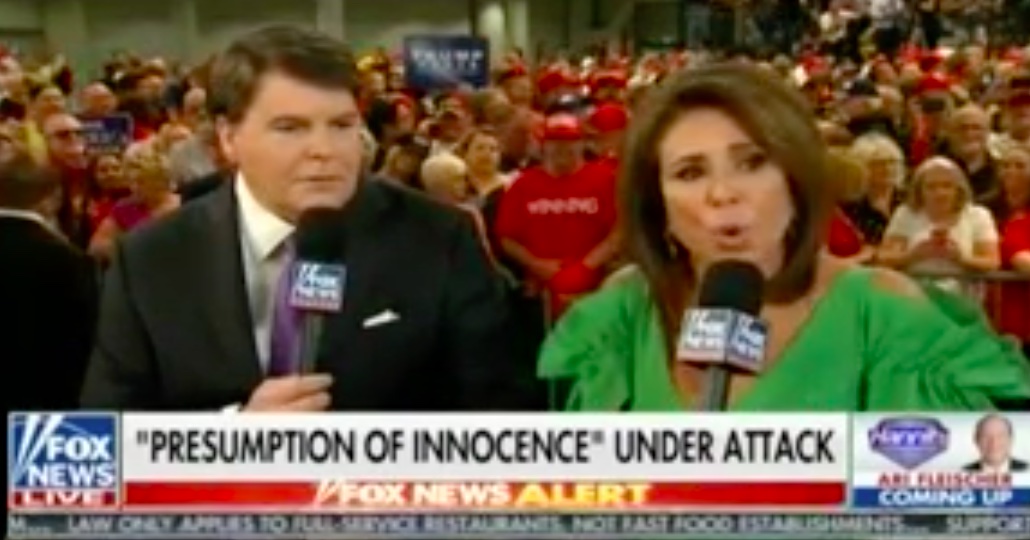 “Is this hypnosis? Is this confabulation?” That's Judge Jeanine Pirro on Fox News, talking about Dr. Christine Blasey Ford's report of surviving an attempted rape at the hands of Judge Brett Kavanaugh.

From Media Matters for America...

JEANINE PIRRO: This is worrisome, it means that people will make up stories.

SEAN HANNITY (HOST): My understanding is, didn't they say that this came out for the first time in couples therapy in 2012?

PIRRO: Yeah and what was that about, and when was the first time Kavanaugh's name came up? And what about, is this hypnosis? Is this confabulation? This is all stuff that is contrary to what the law calls for.