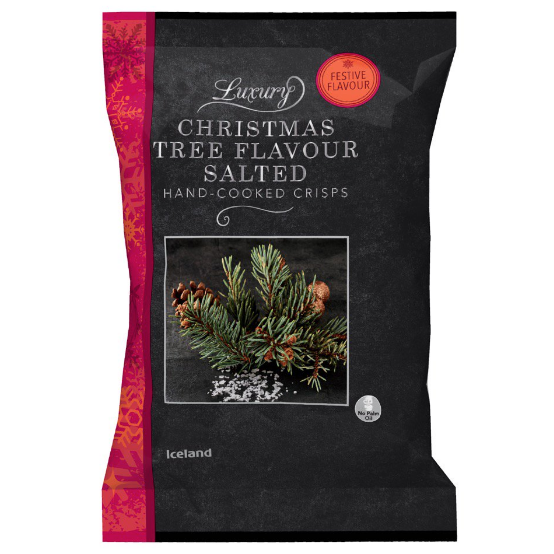 British grocer Iceland (yes, that's really its name) is not messing around with "autumn" and "pumpkin spice." How pedestrian! They're headed straight for the taste of December 25th with their "Luxury Christmas Tree Flavour Salted Hand-Cooked Crisps." Yup, they've made potato chips that taste like pine trees.

What gives the chips, sorry crisps, that distinctive Christmas tree flavor? Pine salt and pine oil, according to the ingredients.