Teal pumpkins indicate that you have safe, allergy-free goodies to give trick-or-treaters 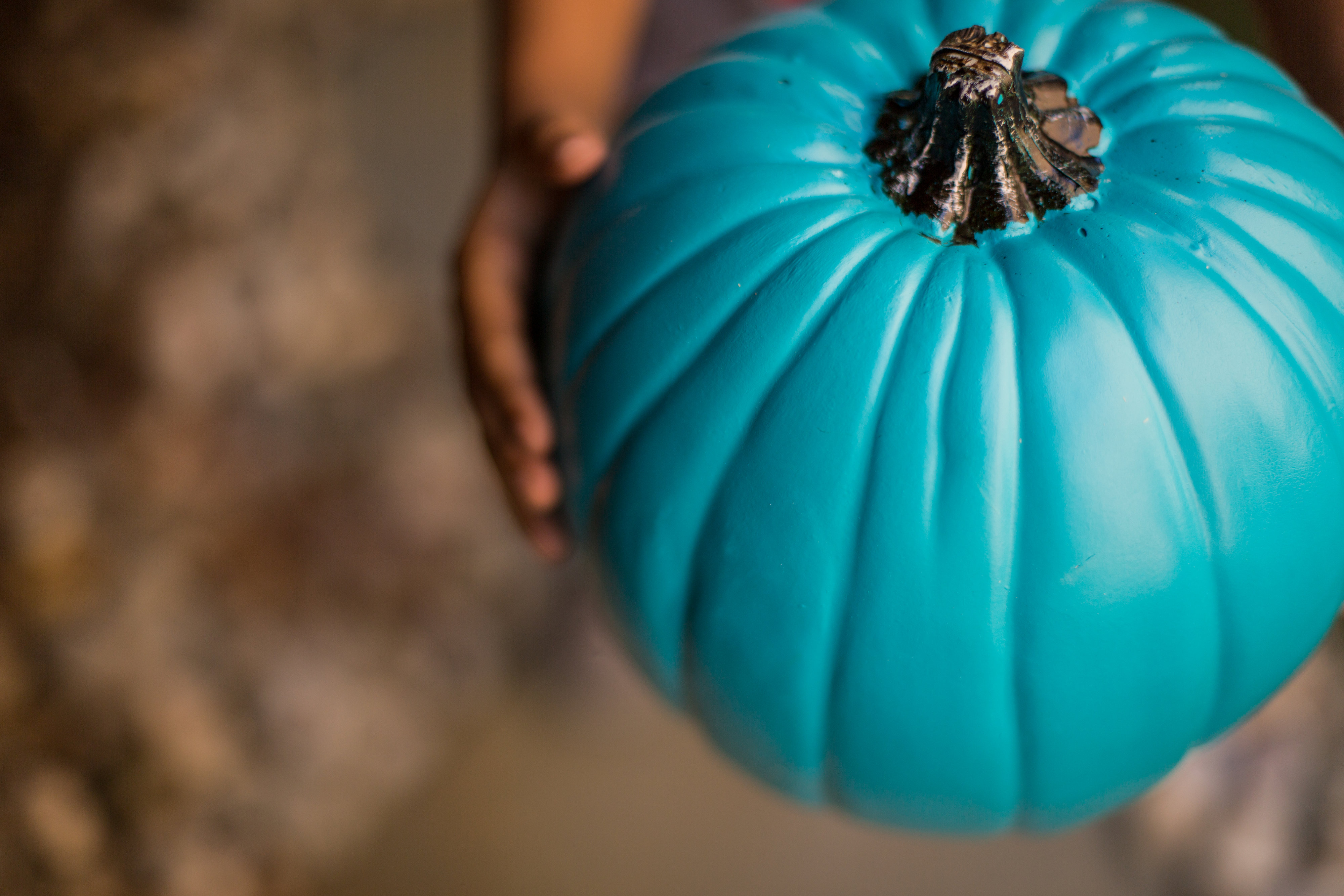 Today I learned that by placing a teal pumpkin out on Halloween, you are signaling that you are offering non-food (read: non-allergen) treats to children. It's a secret code that you have safe goodies like stickers, stencils, and glow sticks to give out instead of candy. Clever!

The Teal Pumpkin Project encourages people to raise awareness of food allergies and promotes inclusion of all trick-or-treaters throughout the Halloween season. The nationwide movement offers an alternative for kids with food allergies, as well as other children for whom candy is not an option.

The steps to participate are: