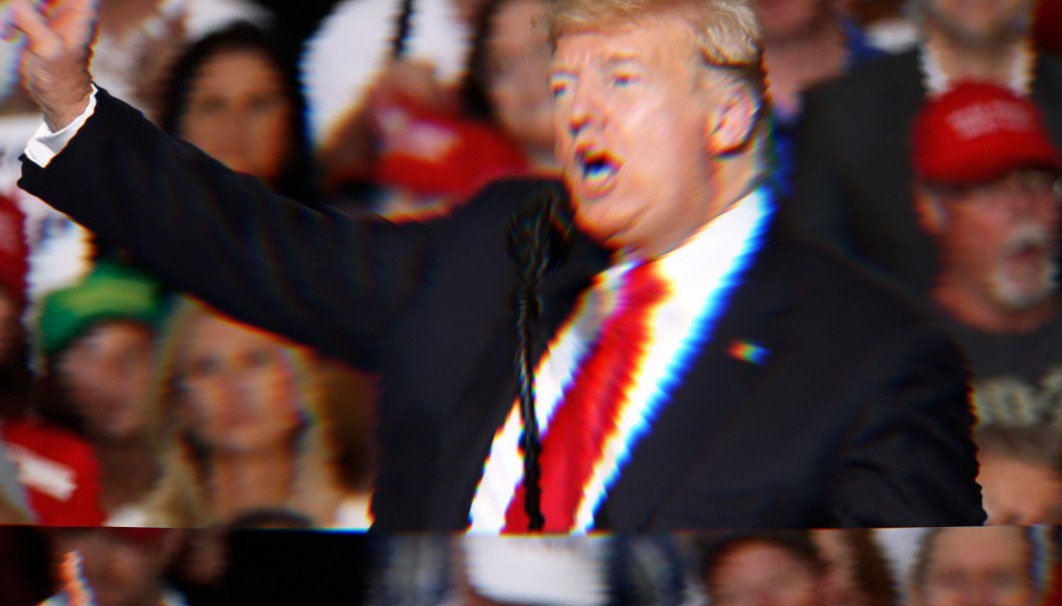 They're coming for your health insurance, your guns, your Social Security, they're giving illegal immigrants free cars, and they love terrorists.

Trump appears to be working to retain power by doubling down on a “well-worn tactic that helped him win the presidency in 2016: a blizzard of fear-mongering and lies, many of them about darker-skinned foreigners.”

Trump is doing a rally with Ted Cruz in Houston. Tweets in this thread.

Pres Trump calls the caravan of migrants heading for the US southern border, "an assault on our country." He says the caravan contains "some very bad people," but doesn't cite evidence. He tells his rally, "we need a wall built fast. We have to protect our borders.” pic.twitter.com/TvgjhtygWH

Trump has been a serial liar about just about everything for his entire tenure in office, but he has rarely before deployed so many complete fabrications about so many important subjects at the same time.

His most frequent and significant recent whoppers have centred on immigration, the issue about which his base has been most excited, and health care, the issue polls suggest is most important to the Democratic base.

Trump escalated his immigration dishonesty on Monday morning. Seizing on a groundless claim from a host on his favourite Fox News morning show, he tweeted that “criminals and unknown Middle Easterners are mixed in” to a caravan of Latino migrants that began in Honduras.

Reporters travelling with the caravan have seen no Middle Easterners, but the tweet was a way to get voters thinking about the supposed dangers of both Latino criminals and Muslim terrorists, Trump’s two favourite subjects of suspicion in 2016.

If you are a journalist reporting on Trump’s caravan fearmongering without centering the fact that he’s fabricating the narrative, you are misleading your audience and serving as a megaphone for a campaign of demogoguery. That’s what happened during the 2014 Ebola scare.

Trump wants the "fake news to finally investigate @HillaryClinton." Crowd loves it. I don't really get it. He won, right?

Or straight up lie?

Is there ANY report about these riots? https://t.co/wMw76xZIzn

Donald Trump just said there were 50,000 people waiting outside his Houston rally waiting to get in. Here's Houston's police chief stating there are 3,000 people outside. https://t.co/0NnRJGYuYh