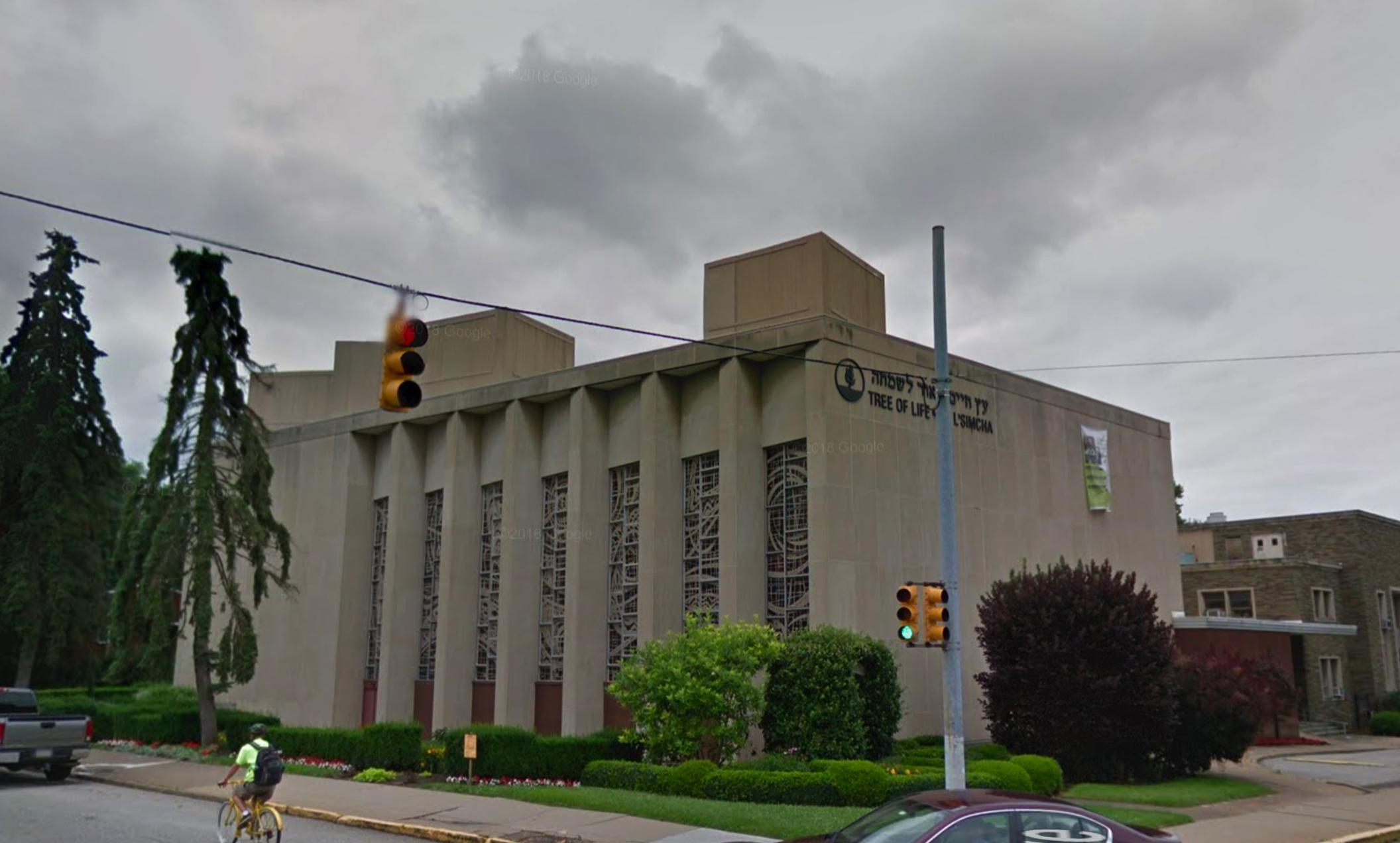 A gunman opened fire at the Tree of Life Synagogue in Pittsburgh Saturday, killing at least 11 people while shouting "All Jews must die". The man, identified by KDKA as Robert Bowers, opened fire upon police when they arrived, injuring three officers. Bowers, who is white, was then taken into custody

The SWAT team had been talking with the suspect, and he was crawling and injured. Police sources tell KDKA’s Andy Sheehan the gunman walked into the building and yelled, “All Jews Must die.” Sheehan confirmed that eight people were confirmed dead. Others had been shot but the extent of their injuries in unknown at this time. Police have requested that residents stay inside their home as they exchanged gun fire with a suspected gunman.

Squirrel Hill is Pittsburgh's biggest Jewish neighborhood. Social media profiles associated with Bowers (and archived by Laura Rozen before their deactivation) show a Neo-Nazi Qanon true believer ranting about "invaders", "globalists", and the Jews: "there is no #MAGA as long as there is a kike infestation."

alleged suspect had post 2hrs ago blaming jewish immigration resettlement org for caravan, “likes to bring invaders in that kill our people”

"Officials are looking to determine whether or not this was a hate crime," adds ABC News.

Updates: Bowers confirmed as the shooter by KDKA; death toll.