Jay Rosen's "Letter to My Network: Join The Correspondent" 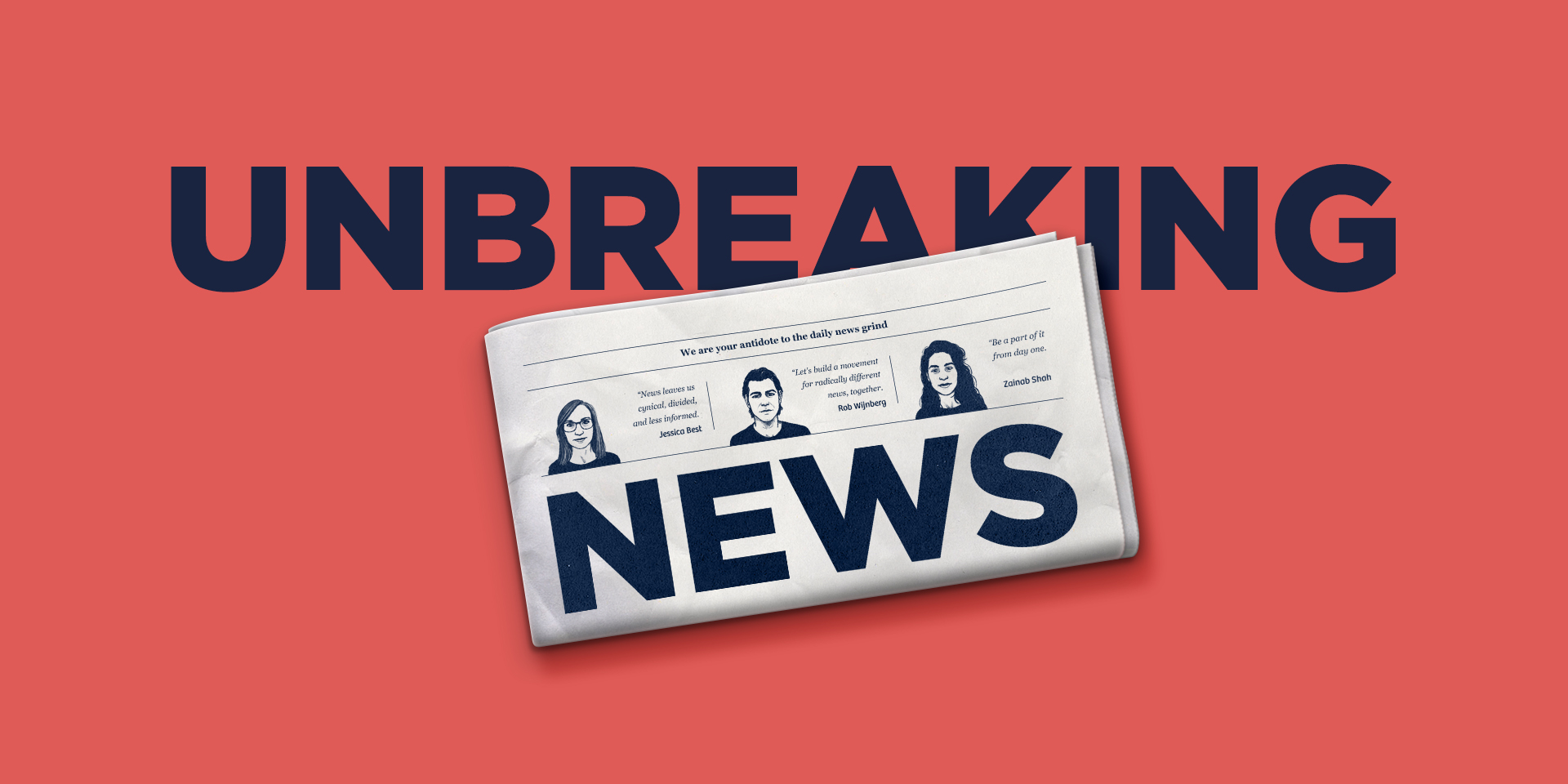 This is for everyone who follows me on social media, or who has read my press criticism. All my former students. Fans of my blog, PressThink. Anyone who owns my book. Anyone who's heard me speak. It is a personal statement, from me to them.

I have never asked you for anything. Except maybe to read this, or share that. I don't push products, or join campaigns. But today, after 32 years as an observer and critic of the press, I am breaking with that policy. Breaking it in half.

Today I am asking you to do what I have done: join The Correspondent. If you have ever wondered what I would recommend to public-spirited people who want a better press, this is it. Go here, read about the site's founding principles, and if they move you become a member.

I won't make a dime if you do. I am not getting paid to tell you this. I have no stake in the company. I am not an officer or an employee. I just believe in what they are doing, and I have tried to advise them on how to do it better.

After the shock of the 2016 election, I felt I had to find something more useful to do than criticize the performance of the news media. (I do that, as well.) So I decided to work with The Correspondent on its membership campaign, which launches today. Now I am asking you to participate, for reasons I will explain.

Journalism is in a jam. I don't think better practices are enough. Better principles are needed too. The principles I would add are visible in the design of The Correspondent, and in the membership campaign that starts today. So I'm saying something stronger than, "I endorse this." I'm saying: This is what I would do...

The Correspondent is the extension into English-language publishing of decorrespondent.nl, the world's most successful member-funded, ad-free news site. It launched with a crowdfunding campaign in the Netherlands in 2013. Publishing daily in Dutch, they now have 61,000 members supporting 21 full-time correspondents on a broad range of beats. (List of Dutch beats here. It tells you the kind of journalism they do.)

Their model is working in the Netherlands, but that's not the exciting part. The exciting part is the principles that make it go. These are different from any news site you can name.

Start with no ads, the key move the Dutch founders made. Downstream from that original "no" are others, equally welcome. No click-baity headlines. No auto-play videos. No ugly promos sliding into view as you try to read the article. No "sponsored content." (No sponsors at all.) No third party — the advertiser — in between you and the people trying to inform you. No need to track you around the internet, or collect data on your browsing habits. No selling of your attention to others.

Also: no controversy-of-the-day coverage, which happens when editors from different newsrooms react to the same data showing clicks and taps going to a few “hot” stories. These are typically the stories that trigger outrage in the most people. The people at The Correspondent have a phrase for it. "Your antidote to the daily news grind." If that's an idea you can get behind, then get behind The Correspondent. Join our club.

Now for the next principle, equally basic. This is not an exclusive club. It's extremely inclusive. Two reasons I can say that. Yes, you have to pay to be a member. But you pay what you feel you can afford. The Correspondent believes you are smart enough to figure this economy out. A paying membership is the other side of the coin that reads: no ads. And no ads, as we have seen, has all those welcome effects downstream.

The other reason I can say "extremely inclusive" is that The Correspondent is not selling digital subscriptions, as the Washington Post, the London Times, and most local newspapers nowadays do. Paid subscription is a product-consumer relationship: your pay your money and you get the product. If you don't pay you don't get it. Membership is different. You join the cause because you believe in the importance of the work. If you believe in the work, you want it to spread, including to non-members.

If The Correspondent's membership campaign reaches its goal of raising $2.5 million by December 14, it will hire a staff and start publishing, in English, in 2019. When that happens, there will be no "meter" measuring how many articles you have read this month. No one will ever get that notice, "you have used four of your five free clicks." Any link that comes to people in their social feeds will be clickable and shareable, without limit. In this way it is more like public radio in the U.S. Members who believe in the public radio mission support their NPR station, but everyone can listen.

The differences compared to the NPR system are important too: The Correspondent will have no corporate sponsors. No government funding. And thus no fear of that money getting cut off. Which in turns means no tendency toward false equivalence, no incentive system for "he said, she said" journalism. These are deeply-woven patterns for which I have often criticized NPR.

Built into The Correspondent are other ideas I have tried to speak up for in my work as a critic. For example: In 2003 (here) and in 2010 (here) and at other points in my writing, I have attempted to point out that the "view from nowhere" is getting harder and harder to trust.

But journalists who can say "here's where I'm coming from," and then combine that act of transparency with high standards of verification (reporting, digging, presenting the data...) stand an increasingly better chance of gaining trust. This philosophy is coded into The Correspondent. Number six on their list of ten founding principles says, "We don’t take the view from nowhere. We tell you where we’re coming from."

In 2006, I wrote The People Formerly Known as the Audience, probably my most well-known post. Seven years later, the founders of De Correspondent (who had read that post) asked the people formerly known as the Dutch audience to support a new kind of journalism platform: member-funded, ad-free... and participatory. Which is another key principle. They required the writers they had hired to treat the former audience as a knowledge community, people who ought to be listened to because they know things that can make the journalism better.

I had been pushing that principle for years. They wove it into their operating style. Reporters treat members as sources of knowledge and feedback. They share what they're working on, and ask for help.

From the moment it "jumped" to the internet, journalism has been trying to figure out how to become more two-way. The Correspondent has the best answer I have seen. Its writers are given freedom to define their own beats, and pick their own reporting projects. But in exchange for that extraordinary latitude they are expected to spend 30 to 40 percent of their time interacting with members and drawing knowledge from them.

No one else in journalism does it this way. If they did, I would know about it.

For you as a member it means this: You are not just expected to give money. You are also expected to testify when you know something the writers should know. If you have expertise, you may be called upon to share it. Members follow writers at the site, not just topics or sections. The writers are required to send their followers a weekly email updating them on their reporting projects. It's a more intimate relationship with journalists, the opposite of yelling at them on Twitter and hoping to be heard.

One more principle. The Correspondent practices “constructive journalism.” That means no treatment of a problem is complete unless it includes what can be done about it. What we as individuals can do (like reducing your carbon footprint) and what we as a society can do (like requiring more energy-efficient products.)

Are you starting to get the idea? Hope so. There's a lot more to why I support this project. You can read my fuller explanation here: What The Correspondent will add to the American press. ("It reconfigures how a live public stands toward the makers of journalism.") What I want you to know is that I not only endorse what they are doing. It is what I would do if I started my own site.

Jay Rosen teaches journalism at New York University and writes the blog, PressThink. He has been working with The Correspondent on their expansion to English-language publishing for two years. On Twitter he is @jayrosen_nyu.