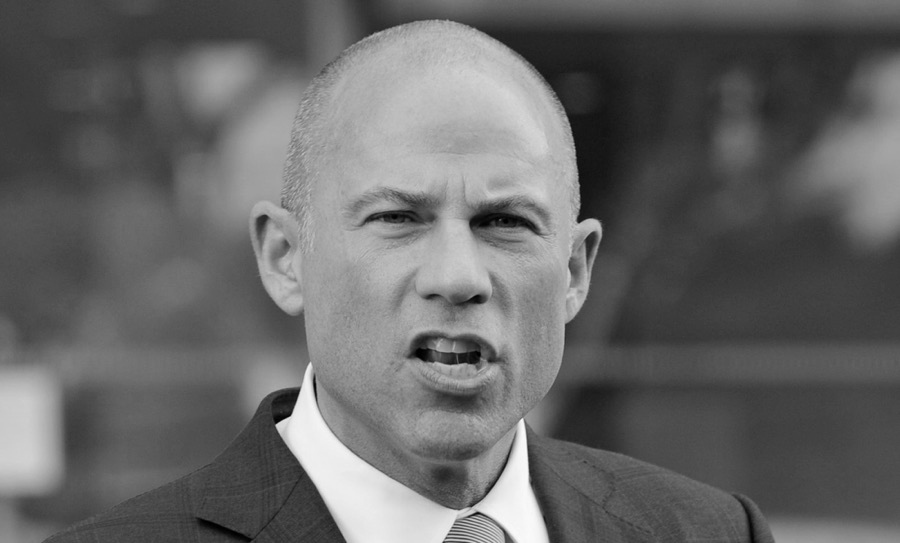 We can confirm that today LAPD Detectives arrested Michael Avenatti on suspicion of domestic violence. This is an ongoing investigation and we will provide more details as they become available.

Avenatti is best known as the spotlight-thirsty and Trump-baiting attorney for Stormy Daniels, in a matter involving President Donald Trump.

Avenatti is a perennial cable news guest, and until today, an aspiring Presidential candidate making the political rounds.

He is currently in Los Angeles police custody as of Wednesday afternoon.

A report on the incident in the Century City area was taken on Tuesday, said Los Angeles police.

News of Avenatti's arrest was first reported by TMZ.

“Avenatti's office did not immediately respond to a request for comment” by BuzzFeed News.

News: Michael Avenatti has been arrested for felony domestic violence and is currently in LAPD custody, @CJRosenbaum reports

LAPD officers in West Los Angeles have responded to an incident involving Michael Avenatti, where he is detained during the process of taking an incident report, sources tell @NBCNews - @anblanx

Sorry, let me translate this Michael Avenatti tweet: What this means is he's been detained, but probably hasn't been formally booked yet, which is why they aren't officially confirming. He's not in sheriff's jail locator either. https://t.co/J2Ue8Q5DBV

Our sources say the alleged incident occurred Tuesday, but there was a confrontation Wednesday between the two at an exclusive apartment building in the Century City area of L.A.

We're told during Wednesday's confrontation the woman ran out of the apartment building and was on the sidewalk on her cellphone with sunglasses covering her eyes, screaming on the phone, "I can't believe you did this to me."

We're told security brought her inside the building and Michael showed up 5 minutes later, ran into the building, chasing after her. He screamed repeatedly, "She hit me first." We're told he angrily added, "This is bulls***, this is f***ing bulls***."

A law enforcement source says on Tuesday, Avenatti "kicked her out of the apartment" and that's presumably when the alleged domestic violence occurred. We're told she went back to the apartment on Wednesday to retrieve her belongings and called police to stand by in case things got heated.

Is Avenatti going to represent himself?

That — that sounds exactly what he’d do.

Ain't gonna be you, Sweetie.

Michael Avenatti was supposed to hold events with the Vermont Democratic Party Fri+Sat.

Those are now canceled, party spox says: "We’re not going to step into that arena with him." https://t.co/zRavjVJuUI