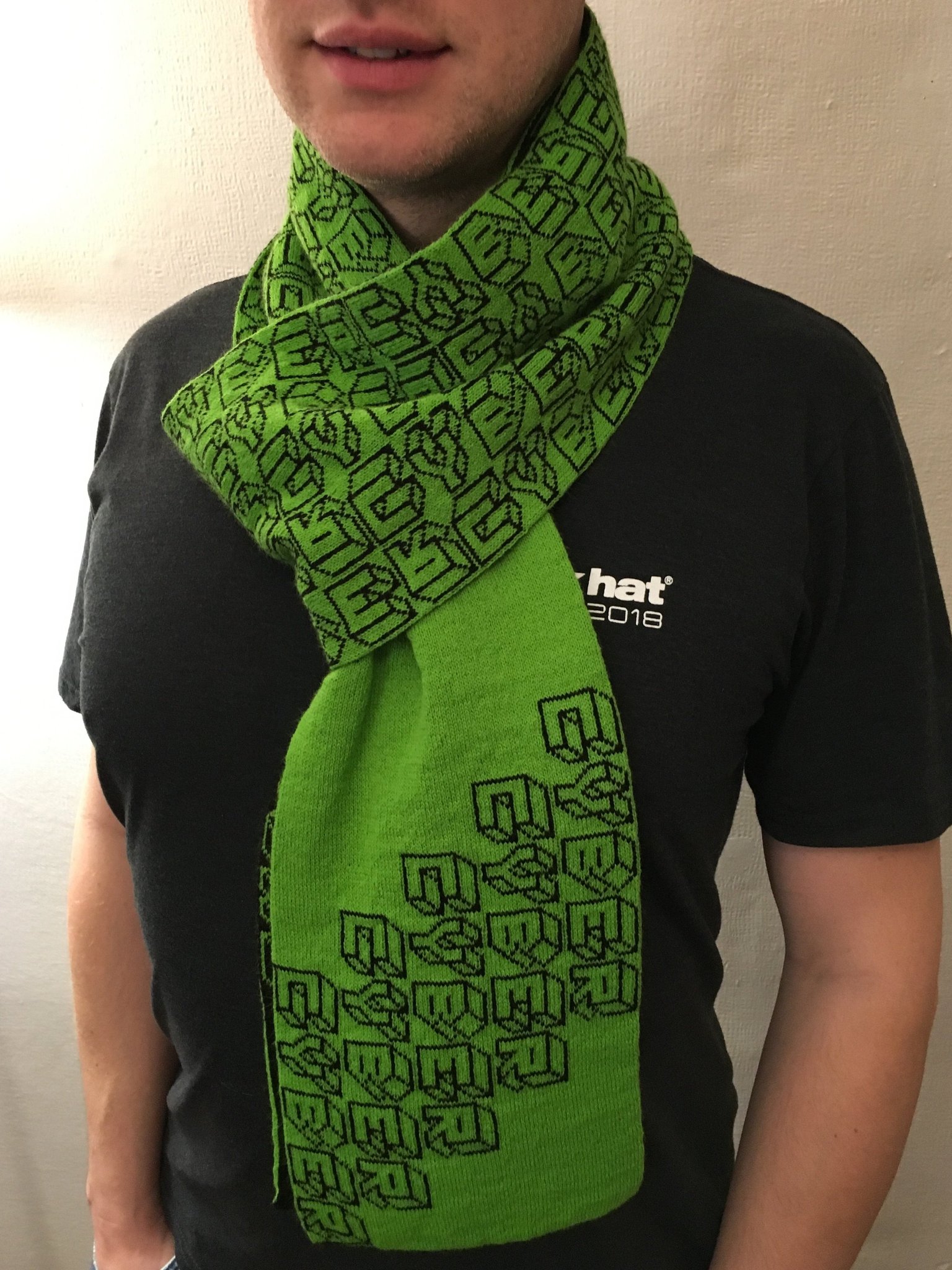 The yarn used is a 100% machine washable acrylic in bright green and black. Ships with source code in Processing for the pixel native cyber pattern that is knit into the scarf.

Do go check out KnitYak's other scarves -- the one with the Macintosh IIfx icons is divine.

The inaugural Heavy Metal Knitting World Championship were an unqualified success, with competitors from the US, Russia, Japan and beyond converging on Joensuu, Finland to thrash and knit: competitors such as Woolfumes, Bunny Bandit and 9" Needles thrashed to heavy metal music while knitting, for an audience of about 200. The winners were the five-person […]

OMG, these hand-crocheted Yip Yips stockings by Carissa Browning sure do make me smile. The big mouths of Sesame Street’s Muppet martians are perfect for stuffing in holiday gifts (and later for storing toys, Browning suggests). One catch: If you want these, you’ll have to crochet or knit them yourself. Fortunately, Browning has provided patterns […]