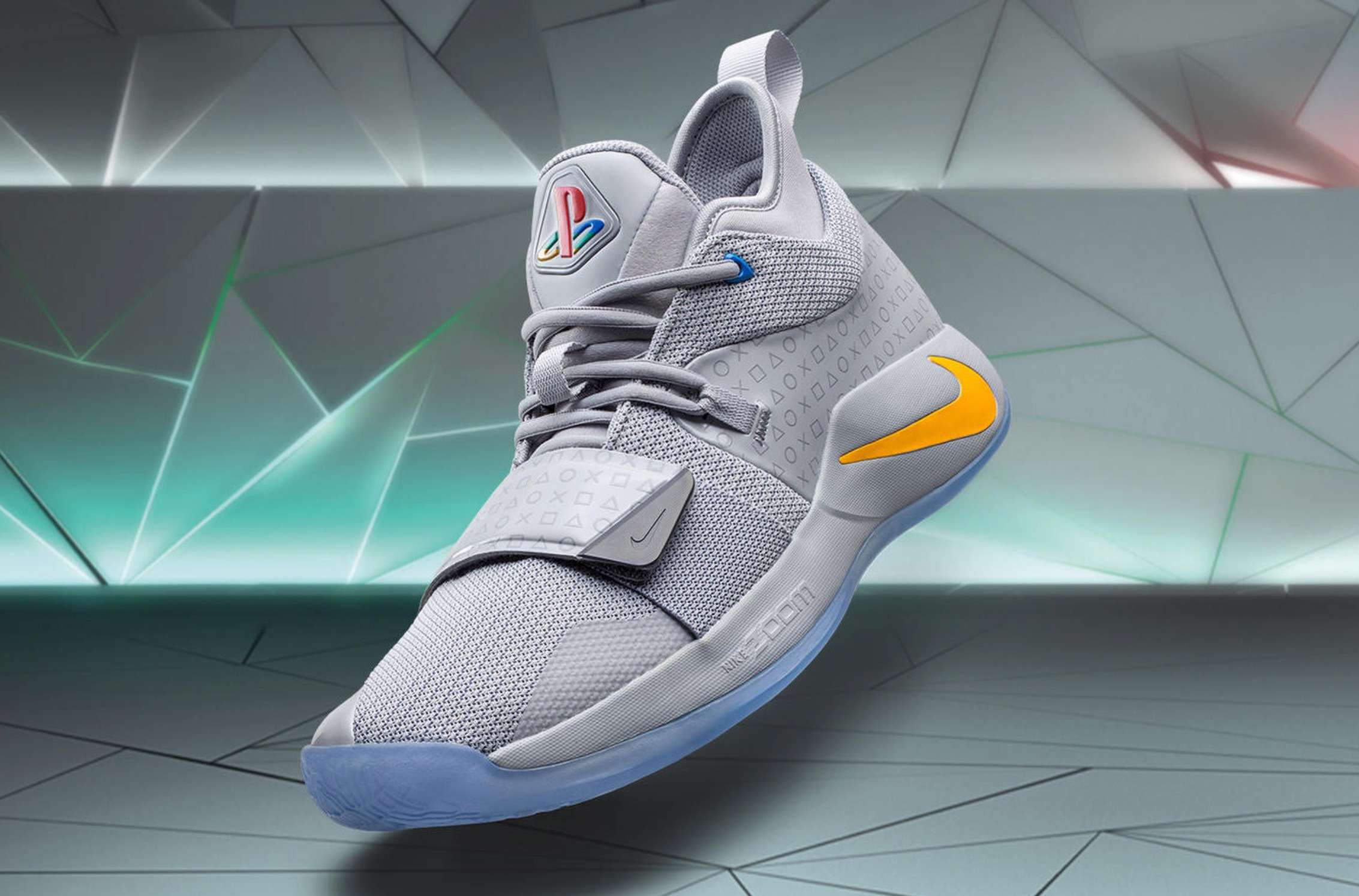 Oklahoma City Thunder basketball star and retro-videogamer Paul George worked with Nike and Sony on a new pair of PS1-inspired sneakers. Due out December 1, the PG 2.5 x PlayStation design follows on the heels (sorry) of the black PG2 x PlayStation sneakers that were released in February and sold out in a hot minute.

"For those who know me, gaming is a big part of who I am – I love the fans and I love this community, so it was amazing to see the gaming and sneaker worlds collide with the original PG2 collaboration," George writes. "This time around, I wanted to take the design old school, back to my earliest days of gaming. For me – as I’m sure many of you can relate – those memories date back to the original PlayStation."