Here's how the Pentagon swindled Congress with $21 trillion worth of undocumented, untraceable, unaccounted for expenditures 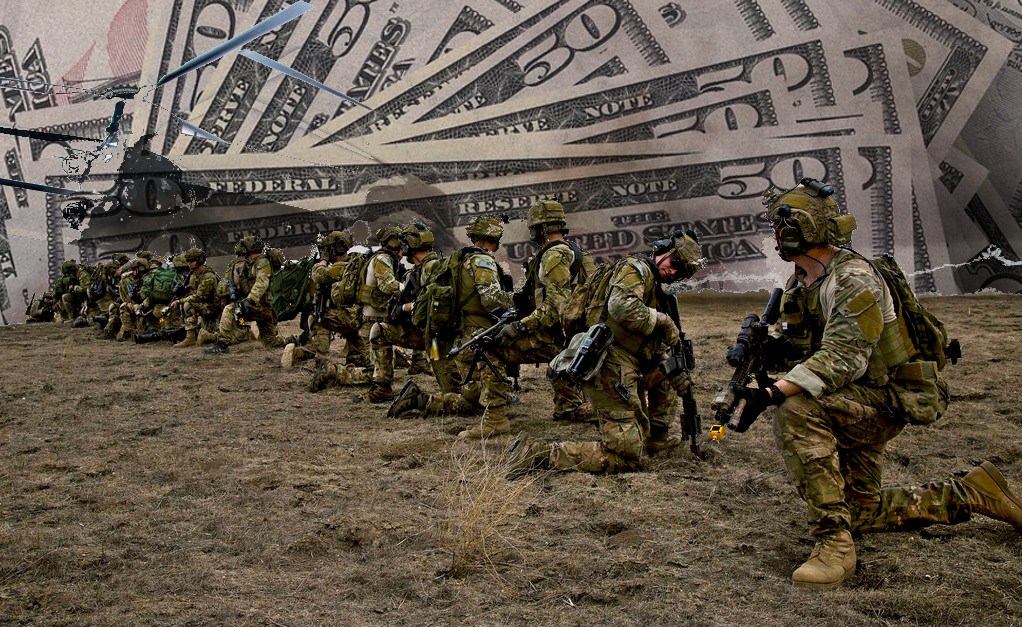 Remember when the Department of Defense's own internal auditor revealed that the agency had committed $6.5 trillion in accounting fraud in just one year?

Now, an in-depth investigation into the Pentagon's crooked accounting in The Nation hints at the full extent of the accounting frauds deployed by the agency that already absorbs two-thirds of all of America's federal tax revenue, and delves into the methods used by the Pentagon's bagmen to hide their financial sleights of hand.

The Pentagon's main goal is to ensure that it never has its budget cut, so it is at pains to disguise any funding surpluses it has at the end of the year. The laundering tactics used to accomplish this are shifting money from "one-year funds" into "five-year funds." The Pentagon's other tactics are internally described as "plugs" (which "plug a hole" in a budget) and "nippering" (shifting funds from a Congressionally approved purpose into another one, repeatedly, "until the funds become virtually untraceable").


The total figures are inconceivably large. From 1998 to 2015, the Pentagon made at least $21 trillion worth of unaccountable transactions (some of these were on the positive side of the ledger) — five times the annual US GDP!


(Similar practices take place in other agencies: for example, HUD also made $351 million in off-books spending in the same period).

One interested party has taken action—but it is action that's likely to perpetuate the fraud. The normally obscure Federal Accounting Standards Advisory Board sets the accounting standards for all federal agencies. Earlier this year, the board proposed a new guideline saying that agencies that operate classified programs should be permitted to falsify figures in financial statements and shift the accounting of funds to conceal the agency's classified operations. (No government agency operates more classified programs than the Department of Defense, which includes the National Security Agency.) The new guideline became effective on October 4, just in time for this year's end-of-year financial statements.

So here's the situation: We have a Pentagon budget that a former DOD internal-audit supervisor, Jack Armstrong, bluntly labels "garbage." We have a Congress unable to evaluate each new fiscal year's proposed Pentagon budget because it cannot know how much money was actually spent during prior years. And we have a Department of Defense that gives only lip service to fixing any of this. Why should it? The status quo has been generating ever-higher DoD budgets for decades, not to mention bigger profits for Boeing, Lockheed, and other military contractors.

The losers in this situation are everyone else. The Pentagon's accounting fraud diverts many billions of dollars that could be devoted to other national needs: health care, education, job creation, climate action, infrastructure modernization, and more. Indeed, the Pentagon's accounting fraud amounts to theft on a grand scale—theft not only from America's taxpayers, but also from the nation's well-being and its future.

As President Dwight D. Eisenhower, who retired from the military as a five-star general after leading Allied forces to victory in World War II, said in a 1953 speech, "Every gun that is made, every warship launched, every rocket fired signifies, in the final sense, a theft from those who hunger and are not fed, those who are cold and are not clothed." What would Eisenhower say today about a Pentagon that deliberately misleads the people's representatives in Congress in order to grab more money for itself while hunger, want, climate breakdown, and other ills increasingly afflict the nation?