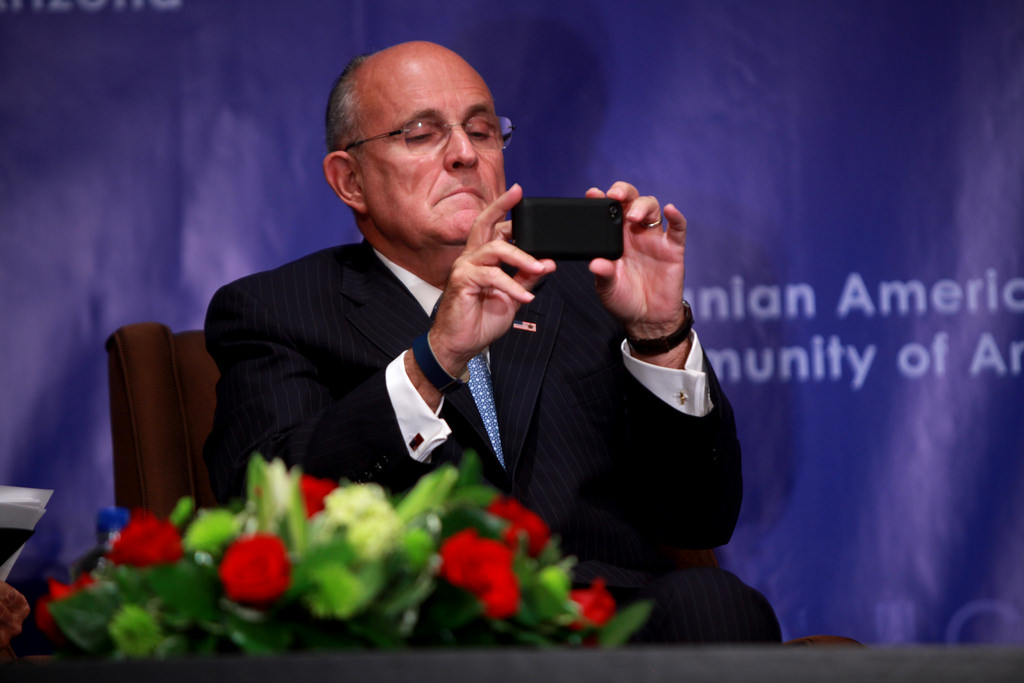 Then he tweeted this, which resulted in one of Twitter's greatest moments of 2018.

Putting a period between any two letters on Twitter instantly creates a hyperlink. A hero who remains anonymous registered the G-20.in domain name and directed it to a webpage with a simple message.

When Giuliani, who once served as a cybersecurity expert for the Trump administration, found out about the hyperlink, he apologized for his punctuation error and said he would be more careful in the future.

Twitter allowed someone to invade my text with a disgusting anti-President message. The same thing-period no space-occurred later and it didn’t happen. Don’t tell me they are not committed cardcarrying anti-Trumpers. Time Magazine also may fit that description. FAIRNESS PLEASE

Trump hires all the best people. He really does. Let's hope these text invaders are brought to justice.