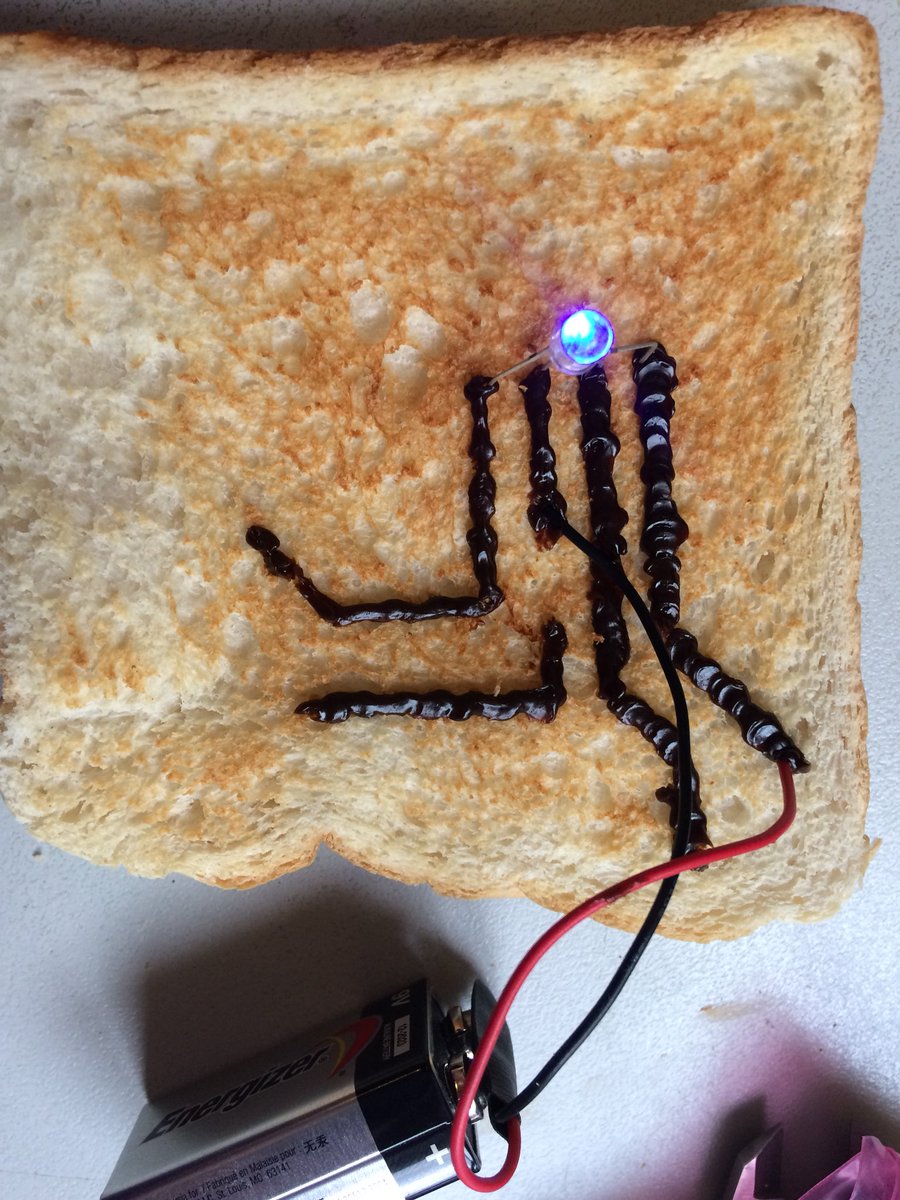 Vegemite has enough salt to be conductive, and is viscous enough to draw distinct traces with on suitable medium (say, toast that has been cooked such that most of the water has evaporated, making it a good insulator), as Luke Weston has ably demonstrated.